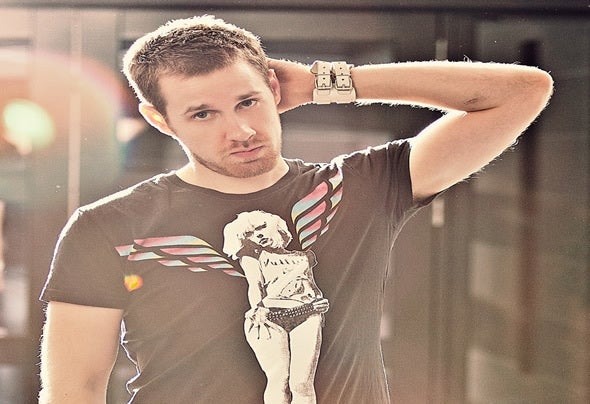 From Infectious Mixing, to Multiple Anthems, and to recently being awarded the title of ‘Best Hardcore DJ’ for the 5th consecutive year – Gammer has risen from practically nothing to being one of the most successful Hardcore DJ’s of our Generation.Discovered by Dougal at a young age, it wasn’t long before the pair came up with their first anthem ‘Fires in the Sky’ which was quickly snapped up by the legendary ‘Raverbaby’ and rapidly cementing the duo into the Hardcore hall of fame. The next few years saw Gammer coming into his own with songs such as ‘Let it Go’ and ‘A New Feeling’, a track which went on to win “Best Track of the Year” at the Hardcore Heaven Awards.Not only known for his production, Gammer is also well known for pushing the boundaries of DJ’ing within the music. From quick mixing and double-dropping to more daring routines such as scratching and Beat Juggling, right up to ‘out of the box’ routines such as Mixing and Making beats live on his iPhone!Gammer is also known for working heavily alongside Heavyweight MC ‘Whizzkid’ – Working with a potent synergy in the studio as well as on stage – coming up with hits such as ‘We Are The Vampires’, ‘Jump’ and more recently ‘We Killed T he Rave’ – a track which broke many boundaries and became the first track to feature an MC and still win ‘Best Track of the Year’ at the Hardcore Awards.Gammer also has a beard, lets face it thats all anyone really notices .