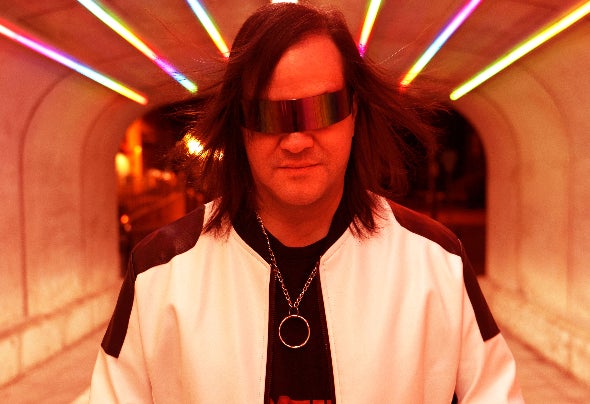 JOYFIRE, aka Paul Armento, lives on the the shore of Lake Hopatcong, NJ and has a diverse history as a musical composer, producer, digital artist and entertainer. With a technical background in Electrical Engineering, Armento gravitated early on to using computers to create music and visuals for his projects. But with classical and jazz training on piano, he always keeps a focus on musicality. Initially, Armento honed his songwriting in the genre of musical theatre, training in BMI's Advanced Musical Theatre Workshop as well as the Dramatists Guild Workshop - under the guidance of Stephen Sondheim, Alan Menken, John Kander, Stephen Schwartz, and other theatre legends. His two children's musicals, THE PEOPLE GARDEN and THE NEW KID have enjoyed over 1000 productions both Off-Broadway, and as regional tours. He also directed and produced movie versions of each. His 80's tribute band JESSIE'S GIRL is regarded as one of NYC's most successful bands, with an 8-year long weekly residency in NYC's West Village. The band also regularly sells out some of the region's largest theatrical venues such as The Capitol Theatre in Port Chester, The Wellmont in Montclair and The Theatre at Madison Square Garden, NYC, where he also designs the lighting, video and stage effects. Armento has musically directed and performed with numerous celebrities including Dee Snider, Debbie Gibson, Howard Jones, Tiffany, MC Hammer, and more, Armento also appeared with Debbie Gibson on Trump's Celebrity Apprentice, and musically directed that year's season finale. Known professionally as "Sky," Armento is now focusing on EDM and DJing and has re-branded as JOYFIRE to celebrate his exciting new music and visuals.