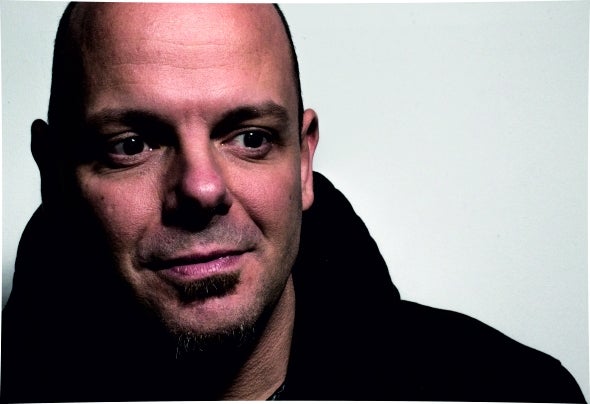 Dj and Producer Julio Posadas music since 1987. In these 25 years of musical career has performed more than 1,000 albums, innovating and inventing musical styles. Topics such as Pi, La Kabra, Weke Weke are with those disclosed in the early 90's, being the creator of a new style called "makina music" well known in Catalonia and later throughout the country. Groups like Korpus, Kubik, System 3, Pastis and Buenri DJs like Ricardo F, Skudero or Clubs like Chassis, Pont Aeri, Wonder, Dsigual, etc. .., all produced by Julio Posadas endorse him in his background and experience.Early in the 2000s, Julio begins to export its product to labels like Fog Area, Kontor, or Edm Records, becoming one of the bulwarks of the national Progressive sound, participating in the famous compilation Dance Sessions, getting a disc Platinum selling over 150,000 copies. Other data to be considered is to be co-author of the song ATB - 9pm Till i come, a subject which sold over 3 million albums worldwide, being the third most Spanish author collection of foreign rights in 2001.Between 2004 and 2008 Julio Posadas is immersed in the Techno sound and begins to produce for the best labels worldwide, Donkey Head Rec, Pornographic Rec, Rec 23rd Century or the prestigious label Intec Rec topics as Native, Indhu, Kapoeria or make Junior Julio Posadas was awarded best Techno music producer in the country by Dj One magazines, and Deejay Magazine.Julio Posadas is currently making real Hits on the dance floors around the world, the Control Policial production created by Julio Posadas is the issue most remixed on YouTube. On the other hand Julio also makes remixing for other artists at the National, the famous remix Fan dl Kaox - Raya España Julio Posadas remix is possibly one of the best remixes of the year 2011.Julio Guest DJs and producers working with the likes Del Horno, Dominique Costa, Sergio Lamas, Diego Sanchez and Jus Deelax. Today their issues are being real numbers one, MOV (the subject of Zanahorias) and Soy Lydia Sanchez are leaders in any dance floor. Some of his latest productions in this 2012 are The Hum, from Grub, Medicna, and Black & White EP which goes by the label Sunrise Records. Recently just finished a musical commissioned specially prepared for Euro 2012 Soccer, LA ROJA.