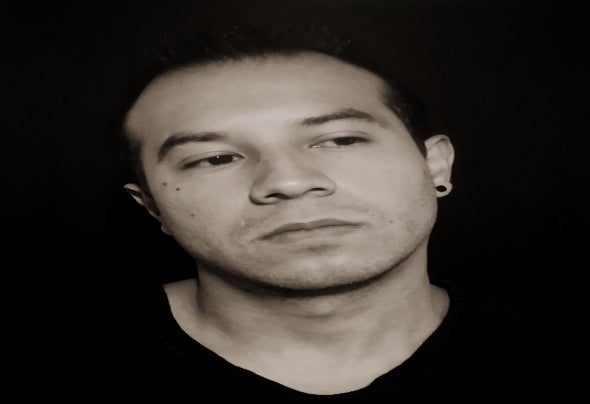 Colombian borned, Buenos Aires, Argentina Based, Andres Galeano has developed a unique personal style drive by an inner decision in his first steps of existence to dedicate his life to music. He started clubbing since 2004, mainly at Carnival Nicht Club in Medellin, Colombia listening to Big Minimal Djs like Xpansul, Camea, Tony Rohr, Alexi Delano Guido Schneider. In his earliest approaches, Galeano started learning how to mix records in the decade of 2000,s but time had to pass until he was in the 2009, when he found a new passion in the music kingdom: to learn music production. In the 2012 his personal explorations allowed him to create and release his first EP in a worldwide scenario. After this discovery and path, Galeano has shaped his sensitivity and perception into high quality & creative tracks for recognized label such as Similar Records, Natura Viva, Musik Xpress among others. Also expressing remarkable skills for labors, achieving recognition from his works for artist like Joan Roca & Tim Le Funk. Besides his empirics and autodidact adventures, by 2016 he dedicated to conjugate his knowledge and curiosity into a new level, writtting his destiny into a new road, aiming to officially study and achieve a ̈ Sound Technician and Music Production Degree in TAMABA Music Academy and also in 2017 he studied musical production course in ableton. Galeano style is described by a solid and thick sound, influenced by dark and experimental frecuencies wich brings reminiscence of vintage music; orchestrated by the power of classical 90 ́s old school drums and instrumentals. Latlely, he fall into a transiction from house music techno, opened to a new perspective and music dimension His steps into this new rail are reflected in his recents music releases, mainly in Silent Space Records Label based in Colombia, where he has been a co-Founder since 2018.