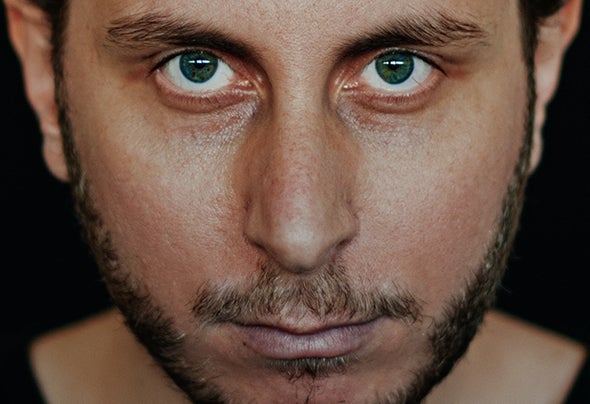 Born in 1986 in a town near Naples, Italy. Daniel is passionate about music (without distinction) since childhood, passion transmitted by his father musician. Influenced by the massive presence of the underground House scene that was lived in Naples in those years, in 2001 he began his career as a DJ buying his first turntables and performing in various private parties and clubs in the area. After a few years, with the arrival in Naples of the greatest exponents of the Techno world, with them come new sounds never heard before. Hypnotic rhythms that settle overwhelmingly in him, bringing him into a change of genre and more. This leads him to experiment the combination of analog with digital, which opens his mind to new creative paths that have no limits, which open the way for him in the world of musical productions. At the same time he learns and starts playing different musical instruments, such as keyboards, guitar, bass guitar, drums, which he collects and restores himself. During a short period of pause, he is catapulted into the world of photography and art, becoming curator and artistic director of artistic magazines. During this time frame, he also deals with social marketing, organization of artistic events and editorial graphics. This enriches him with new skills and ideas, which lead him to understand and be able to exploit the enormous potential of social networks and the web and to take care of every detail of his image on these. After that brief period, that love that he cultivated since he was a child took the upper hand, stronger and more aware than before, he is back.