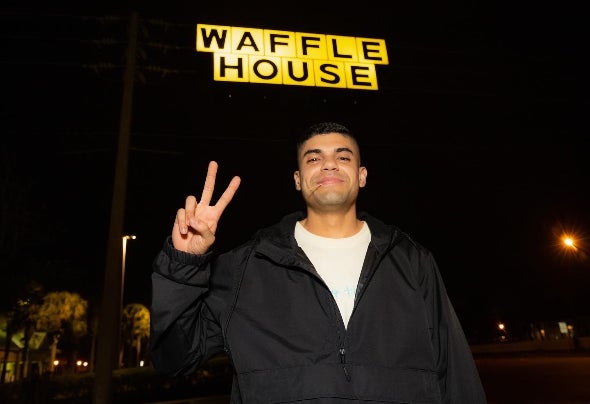 25 year old Galo Rodriguez is a fresh face on the electronic dance music scene, though he is no stranger to musicianship. He has several years of training in music theory, as well as 10 years of guitar, 4 years of saxophone, and a plethora of experience with the drums, piano, and bass. His live performances are rooted in the hypnotic four on the oor rhythm of house music, but as a result of coming from a background heavily inuenced by a multitude of genres, Galo seamlessly blends styles including hip-hop, disco, alternative, and everything in between. Within the last year, Galo has been working diligently to rene his sound and further delve into the music industry as an artist. In his rst year he released 11 songs garnering support from Golf Clap, Greco, Nostalgix, Morelia, DJ Susan, Valy Mo, Space Yacht, Blanc and many others. Galo has a clear vision for the impact he wishes to make across all facets of the music scene and it is certain that he has a bright future ahead.