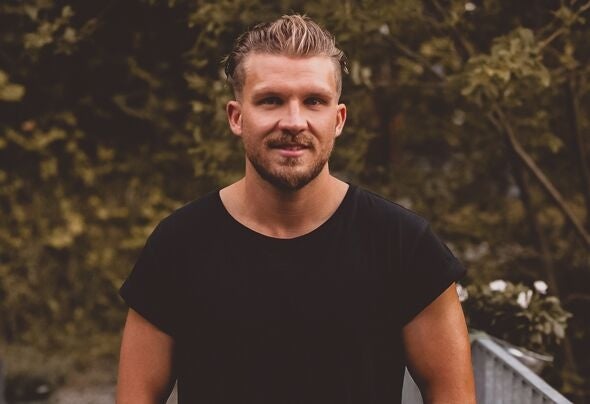 A southern Germany based native Rottweiler, who has been djing for over a decade with big names in the scene like Moonbootica,K-Paul, Ninetoes and many others, nally enters the producer game to show off his super-hero skills. This guy has been on the move for several years by now playing venues and festivals all over Germany, also with his own event and clothing label Schweiß & Schwarzpulver. The Ger-Man got in touch with his parents’ vinyls already at an early age which had a big in uence on his current musical mindset and production style. On his mission to release ear melting tunes from housy club bangers to more deeper vibes there is always a guarantee to find elements from various music genres such as Hip Hop, Funk and Disco. That is why you should watch out for his upcoming, exciting releases and try to catch him play in a city near you as this fellow will cause major waves in the near future.