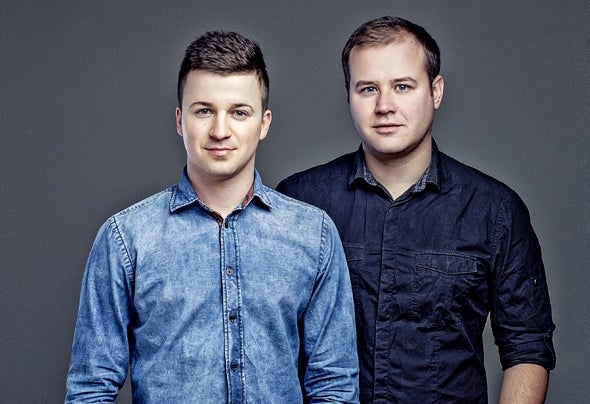 Loui & Scibi’s collaboration started in 2009 with 'Feel The Sun' followed by 'This Is How We Do IT' featuring vocalist Jacob A. This was an amazing success for young duo Loui & Scibi and catapulted them right onto the radar of the global dance scene.The next year brought many interesting remix offers. Loui & Scibi from then started performing on some of the biggest polish events like Sunrise Festival, Sensation White and Tunnel Electrocity alongside Erick Morillo, Roger Sanchez, Todd Terry, and many others.One year later in 2011 they released their „Bosa Noga Ep” including the two tracks ‘Who Am I’ feat. Alec Sun Drae and „Giving You The Light” feat. Nathalia with immediate success. They entered theTOP10 in various charts around the globe with „Giving You The Light” and were featured in practically every DJ chart around. UK’s finest Hed Kandi Records A&R team even called it „One of the best House tracks in 2012”.After several other solid productions Loui & Scibi have delivered beautiful Nu-Disco summer hit called 'Your Love' feat. an outstanding vocal by Nuwella Love. It was Loui & Scibi's most successful release to date.Their follow-up single 'Believe Me' with vocal from Beth Aggett apear on HK Records, the sub label from Ministry Of Sound. This release was ready to take the world by storm one more time!On their successful Deepalma Label debut 'Your Love', the duo came back with another Nu-Disco release, called 'Don't Lie'. Dope remixes from Satin Jackets, Max Lyazgin & Hot Sand made this package unusual.Next,amazing and breathtaking track from Loui & Scibi is 'The Cure' which was created by them featured Beth Aggett. It's the result of their next cooperation.To sum up, the duet of Loui & Scibi won't stop and they will make some new tracks in theirtraditional and specific climate of Nu-Disco & Deep House. It's worth mentioning is that they stilltraveling and playing in clubs every weekend. So stay tuned for new and amazing tracks from the Polish duo.