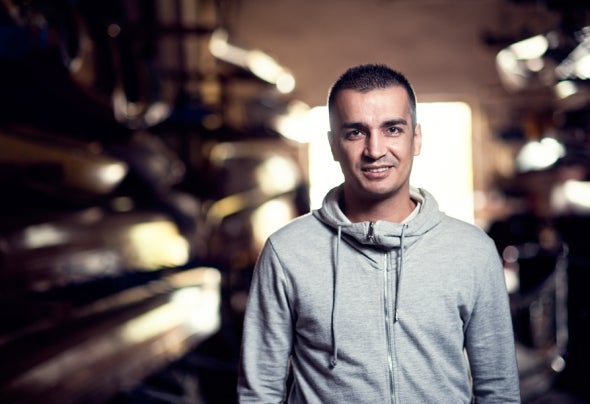 In short and briefly: obsession, dedication, perseverance. The music revolution of the nineties had an effect for many respected DJs which helped the electronic music to occupy its present status. Rony got his first inspiration from dominant figures, such as MAW, Dennis Ferrer or later Alix Alvarez. His mission for making people accept deep-soulful house music has started at the beginning of the new Millenium.Since that he’s enjoying the respect of the profession and the audience, as well. His life does not end behind the Dj desk, he is an active organizer of parties, inviting DJs, and making radio shows. Since 2007, the producer's work comes to the front. He is the founder of the United Soul band and was a member of the band till 2009. Thereafter we can meet him in Traxsource as Hennings Project Productions. Remixes appear as a leading publisher of Sole Channel , SoWhat, Liberate, Consortium Muzik, Seamless, HausBrigade, Ceremony, Mofunk, Blacksoul and Lip. He has played along with many House icons and usually is asked to play if a prominent Dj plays in Hungary. Just to mention some names: Sandy Rivera, Fred Everything, Yass, Aaron Ross, Ralf Gum, Lovebirds, Jimpster, Martin Landsky, Blacksoul, Silky, Sergio Flores, Dave Mayer, Alfred Azzetto, Rae, Danism, Groove Assassin, Michael Gray, Guy Robin..etc In 2010, he was the resident Dj of the Budapest Nights of Hed Kandi and the member of the famous I Love Deep team. He has weekly radio shows in several channels like “Soul Designer” in SS Radio, FG Chic, Smoothtraxx, Paris One Deeper, Beatwinus us and Big City Beats. In 2012 he founded his own label - SOUL DESIGNER Records.