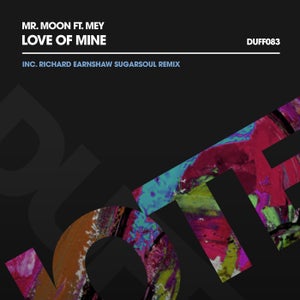 Mr. Moon and Duffnote continue their long term musical connection with his brand new release 'Love Of Mine' once again featuring Mey on vocals. Originally intended to be released as part of an EP with 'Let It Rain' (released in 2021), it was deemed to be deserving of it's own release. The laid back original version complemented by the Richard Earnshaw remix.

ON BEHALF OF EVERYONE INVOLVED, THE WRITERS, PRODUCERS, REMIXERS AND PERFORMERS....THANK YOU IN ADVANCE FOR YOUR SUPPORT... Team Duffnote