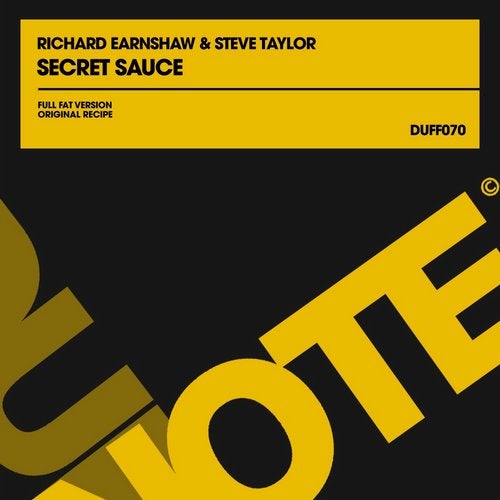 Anyone who has tuned into the iCulture podcast or attended one of the many events held around Europe will know that the chemistry between everyone involved brings a certain something to the dance floor. It was only a matter of time before Earnshaw & Taylor brought that same something into the studio resulting in this, their first collaboration entitled "Secret Sauce". Apply liberally!!

ON BEHALF OF EVERYONE INVOLVED, THE WRITERS, PRODUCERS, REMIXERS AND PERFORMERS, AND FROM US....THANK YOU IN ADVANCE FOR YOUR SUPPORT IN THE CLUBS, ON THE RADIO AND IN YOUR CHARTS... Team Duffnote x