ITH (Defected In The House) 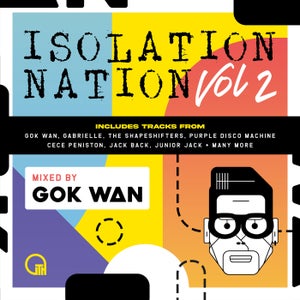 Isolation Nation was born out of a need for community and friendship during uncertain times. The live streams brought people together with one simple common denominator, great house music. Following the success of Volume 1, Gok Wan is back with another bumper Isolation Nation release with mixes powered by soul and passion, filled with disco beats and 90s references. Curated by Gok Wan, this compilation features a selection of classic and current house music featuring productions and remixes from Jack Back aka David Guetta, The Shapeshifters, CeCe Peniston, Junior Jack plus productions from Gok Wan himself.

ITH (Defected In The House)