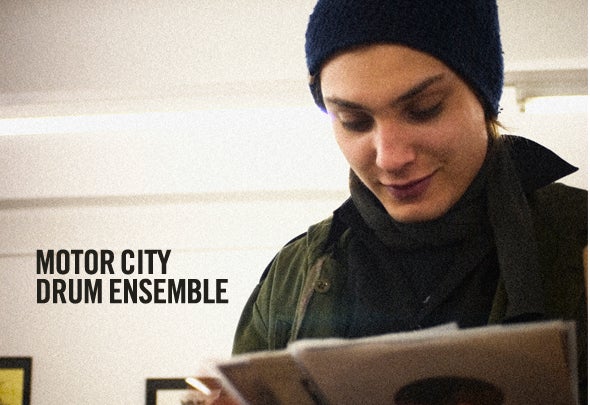 At the tender age of 6, Danilo Plessow`s path in music started with playing drums. With his engagement in a school bigband he found his love for jazz – and from 11 years of age on he started working on his own music using a computer and samples. Being influenced by Jazz, Soul, Funk, Hiphop and House music, the first results were already released 5 years later on Stuttgarts Pulver Records. Together with Joachim Tobias, Danilo had formed the House/Broken Beat project “Inverse Cinematics”: Seven 12” Records, one LP and many remixes and compilation appearances followed. The project was and still is a favourite of some of the worlds most influental leftfield djs such as Gilles Peterson, Rainer Trüby (with whom Danilo just started a collaboration), Michael Rütten or Benji B. After several other collaborations and solo projects in the Nujazz vein (Hipster Wonkaz with P.Valentino for Ubiquity Records or solo as Aphro Pzyko for Raw Fusion), Danilo went back to his House music roots with the “Motor City Drum Ensemble”. Taking influences from soul, disco and detroit/chicago 90`s house, the new moniker soon became his best known: He released five 12” in 2008, and especially his “RawCuts” series made him a shooting star in the deep house scene, highlighted by the internets house/techno bible “Resident Advisor” for whom he did a mixtape that is soon regarded as one of the best mixes of this influential podcast. In times when even big labels struggle to sell 500 copies, MCDE`S “Raw Cuts” series, released on his own label “MCDE” (run together with P. Valentino) sold a few thousands each, and his other own label “Four Roses Recordings” has been doing very good as well. 2009 started with a 12” for one of UK`s biggest house labels, 20:20 Vision, and Danilo now hits the road on a regular again to show some of his dj skills, which have brought him all over Europe, the US and Russia already. In February, Beatport’s team of music experts has put him ahead of the up and coming Deep House artists worldwide in 2009. Therefore better watch out, this boy`s on a mission! www.myspace.com/motorcitydrumensemble www.myspace.com/fourrosesrecordings