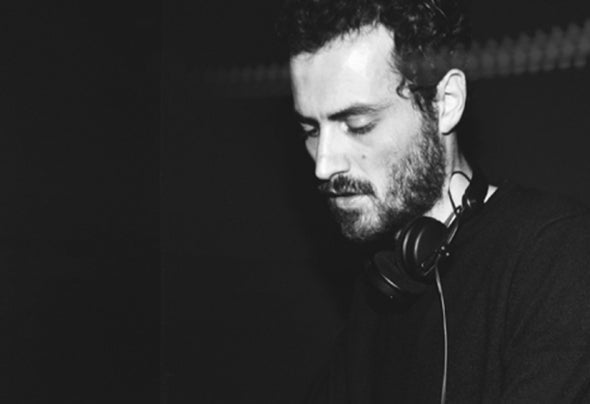 All his work is based on the simple, yet unquestionable concept of hard work. Always on the look for a perfect mood, his dearest wish is to impress the crowd by putting all of his passion into his work, living his music and absorbing it 24/7, for nearly half of his life. It’s 1997 when, after accidentally coming across a record played in reverse mode, it all started. Back then, Stefano didn't know anything about 'the underground', or about diggin. Since his first experience with the movement, he is immediately fascinated by the club's scene, its lights and the DJ booths. First of 2 sons, Stefano was born in the early 80's in a small town of southern Italy. After spending 20 years with his family he moves to Rome to pursue his passion, to satisfy his hunger for music. Step by step he becomes Dj resident at some of the most important parties of the Capital. It would have been just a matter of time before Stefano would begin to give life to his music as he is continuously broadening his knowledge of the industry. He devotes his energy and attention to all aspects of the DJ's profession. At the age of 24 he got his first residency in Rome and at 25 he sign his first record. Today, 10 years later, he plays and shares music, friendship and booths with a substantial number of artists. His music is characterized by a composition of sonorities which widely extend from the techno sounds to the deepest grooves of house music. As it is recognized that his passion has made him a very hard worker who respects his job and the world surrounding it. As a result of his knowledge, experience and acquired skills Stefano, today, creates some fine and intuitive cuts among his works. Many international artists are starting to appreciate, chart and share his music. The constant research of a proper music idea makes him a fully shaped artist with his own vision, not limited by a musical genre.