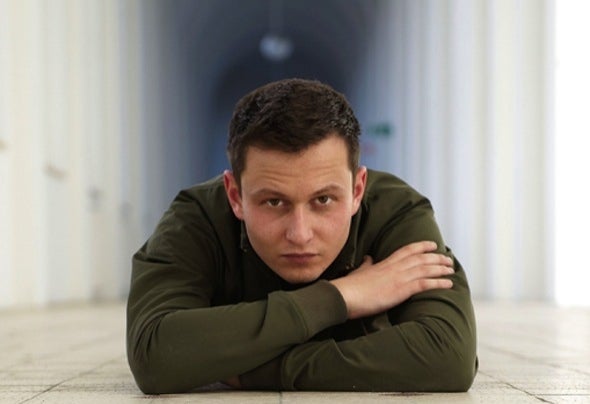 Russian born Alec Chizhik didn’t have much say in his destiny growing up. Born in Moscow in 1982, he was raised by a family of musicians, and their collective talent was imbued in his mind, body and soul by both nature and nurture. There was no escaping the music for this young talent.His musical education proper began at the age of 5 in his homeland, before his family relocated to Germany in 1991 – where his musical studies continued unhampered. He began his fascination with electronic music around 1994, when he started to join the dots between his love of Michael Jackson, stripped-down hip-hop, Detroit techno and progressive house music. He began producing his own music aged 15, pooling these disparate influences and uniting them through tribal rhythms, leftfield experimentalism, funk-driven basslines and atmospheric textures. Indeed, these are all key elements of his sound to this day – a heady, ethereal and soulful vibe running through his myriad productions. Back to the story though, and soon Chizhik is meeting like-minded music freaks and playing live keyboards in clubs alongside other machines and musicians as well as developing a taste for DJing.Fast-forward to 2003 and Chizhik was applying his keyboard skills to the techno productions of fellow Munich inhabitants, and it wasn’t long before featuring on releases as a co-producer. In 2005 he graduated from the University of Munich with an impressive Honours degree, with producing now his raison d’etre. Alongside his day job - working first for Universal and later Sony - the last few years have seen him produce official remixes for Kool & The Gang, Amy Winehouse and Jean Claude Ades, and release on some of Europe’s biggest tech labels like Great Stuff Recordings, Kling Klong and Electronic Petz. As his DJ career began to blossom in tandem, he landed gigs at all of his hometown’s best-loved clubs – including Harry Klein – and has made his int ernat ional debut in New York and Tel Aviv too.His sound is one rich in melody and atmosphere, fusing the age-old principles of machine techno and human soul, with an intelligence running through his productions that elevates them above the dreary, brainless glut of releases that fill the download stores of today. There’s a real sense of the genre’s history in his music, eschewing uber-modern over-technical showboating for a humanistic, warm and organic feel. Intelligent techno at its best.