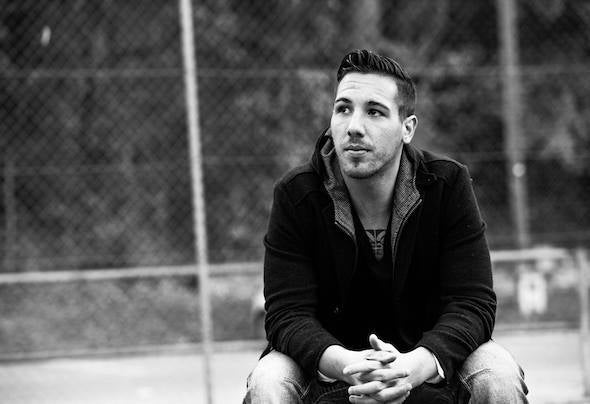 Anthony Megaro is a raw and instinctive fresh new talent. Injecting flair and personality into his music, the burgeoning Swiss DJ and producer has built an immediate but deep and lasting connection with the dancefloor and everyone that moves on it. Born in Switzerland in 1989, Anthony grew up with electronic music culture in his bones. Already a classical pianist and drummer, he was exposed to dance music through his mother who had previously lived in Berlin and London where she became involved with the scene. She even took the family to Ibiza every other year and it was here, seduced by the energy and atmosphere of the island that Anthony’s fascination with DJ’ing first began to grow, eventually culminating in his decision to take up residency behind the decks full time from the age of 18. A natural performer with an innate ability to construct cohesive sets, his most influential instrument has always been people. Reading the dancefloor and feeding off the atmosphere in the club, he taps into a wealth of musical knowledge to deliver sets strewn with energy, individuality and spontaneity. Displaying both technical nous and dexterity at the controls, Anthony shifts through styles and tempos with consummate ease, keeping his output of house, deep house and powerful tech-house locked into visceral and hypnotic grooves. Whether performing across Switzerland, Off Sonar in Barcelona or The Vibe in Pisa, Anthony has cultivated a reputation as a master selector. As a producer Anthony highlights his deeper musicality with his attention to detail in each sound, his love of all instruments and his obsession with vocals. At the age of 22, his first production “El Software”was charted by Davide Squillace on two separate occasions and by Metodi Hristov. Continually evolving and developing as an artist, it's clear to see Anthony Megaro has a bright future ahead.