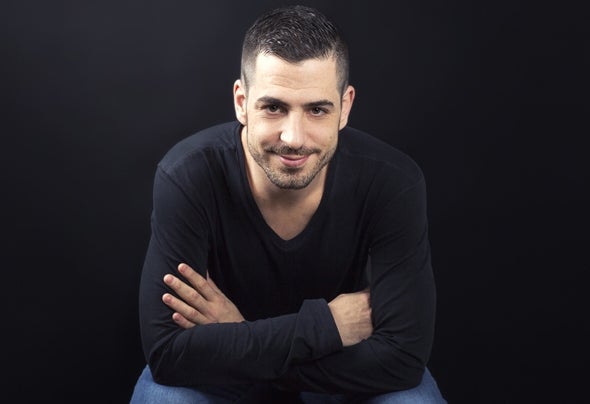 Ovidi started to develop his skills as music creator, beginning his studies of musical production, which granted him important knowledge that would help him to dominate the intricacies of Ableton afterwards. Managing to edit his first EP in 2008, it was the turning point for Adlert, after which different renowned collectives and DJs started playing his tracks, getting to be heard at venues as iconic as Space Ibiza.The life of Ovidi Adlert has been driven by steadiness and hard work since the first stages. Thanks to his musical productions, he managed to draw the attention of certain Canadian DJ collective, that wanted him as remixer. Adlert saw the chance of opening his own path in a new market and got booked for some dates in the North American country. Although his first visit to Canada wasn’t completely as he expected due to bureaucratic issues, this opportunity opened the doors of venues such as Footwoork, Comfort Zone or The River Gambler (all in Toronto, Canada) as well as some Boat Parties, later on. Besides his Canada appearances, Adlert has performed in Spain’s best clubs and venues: elrow (Barcelona), Florida 135 (Fraga), Spook and Hotel 82 (Valencia), Revival (Alicante), Under Club (Madrid) or Mediterránea Festival (Almería), among others.Among his long lists of works, we find hits as ‘1996 Visions’ (Kaluki), ‘Technical Problems’ (Material Vinyl), ‘Night Invaders’ (Darkside) or the most recent ‘Wicked’ (Cr2 Records), ‘After Heroes’ (Street Groove) or ‘90’s Movement’ (Underground Audio). Thanks to his mind set as producer, he’s gained the support of artists such as Richy Ahmed, Patrick Topping or Jamie Jones, people that has seen and felt the attitude and quality of his music.With his proactive, enterprising, humble and fresh character Ovidi – and those who bet for him – will reach the highest marks in charts and dancefloors alike.