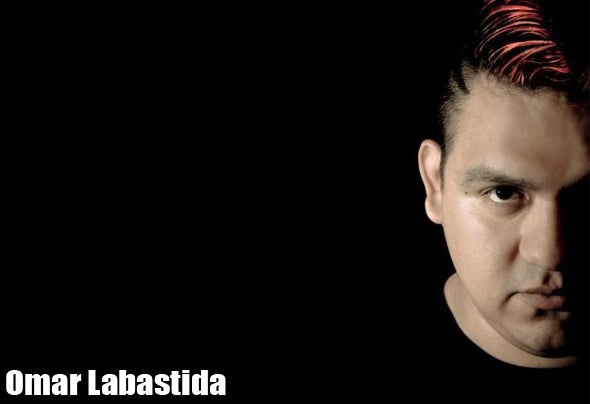 Son of a musician and music writer, Omar Labastida starts his musical journey as early as 12 years old, studying music and soon revealing a strongpreference for the piano, keyboards and drums. In 1994, by the age of 14, he begins his Clubbing days in Mexico City listening to the great producers of those days, such as Junior Vazquez, Danny Tenaglia, Armand Van Helden, Eric Kupper, and K-Scope among others. In 1995, he is given his first residence at Emporium, still in Mexico City, setting the start of his career as a DJ. He plays in several events in the capital city, sharing stage with Doc Martin, Green Velvet, Tommie Sunshine, to name a few, all of them very big names of the 90’s to become first class icons of the movement known as underground.In the following years, and until 2001, he is the resident for different clubs as important as Allegro, Pasha, XTC, Artico and La Roca.In 2002, he is given the resident title in the place of reference in the underground movement on the Riviera Maya: La Boom in Cancun.Thanks to that and his increasing number of public appearances in events all over the Yucatán peninsula, he achieves the residence at Blue Parrot, un Playadel Carmen. Swinging between both residences, he quickly becomes the most demanded DJ in the region.By 2004, the Dj art and with his own ongoing inertia, reveal to Omar a new necessity: that of fabricating his own sounds and experimenting with differentrhythms looking to give birth to his first production.Up to today, he’s authored over 400 tracks (remixes and originals), and many collaborations alongside great artists. The sound that distinguishes Omar, evolves essentially around his 90’s roots, when he used to play tribal, as it does progressive and a bit darker and stronger techno.That gradually moved him into Tech House, mixing tribal sounds with percussions and funny drop beats, thus obtaining a great acceptance by theLatin American listeners, as well as Europeans or even Japanese audiences, carrying him into Dj’s top charts lists.During the last decade, he participates in massive events, and his name appears alongside artists such as Deep Dish (Sharam & Dubfire), SanderKleinenberg, Hernán Cattaneo, Paul Oakenfold, Chris Fortier, Audiojack, Sergio Fernández, Rick Pier O’Neil, Victor Calderone, Steve Angello, Gabriel &Dresden, Anthony Pappa, Paul Van Dyk, Bob Sinclar, Stan Kolev, Lazaro Casanova, Piruppa, Adam K, Miss Kittin, the most important among manyothers.In 2011, he begins his year playing at the opening party for the BPM Festival© with Hernán Cattaneo, and also on some other dates with Laidback Luke, ChloeHarris, Sharam, Audiojack, RPO, and Sergio Hernández, among others.In 2012, for the second year in a row, he plays at the opening of the most important electronic music festival in Mexico, The BPM Festival©, sharing stagewith Danny Tenaglia, Sean Miller, Danny Howells, Dubfire, Andrew Grant, Luca Baccheti, Dirty South, Richie Hawtin, Carlo Lio, The Junkees, Saeed Younan, andCraig Petigrew.With many projects still in his mind, his growing work in his studio is opening the door to great Labels and music Producers. In a similar way, his fan numberand the demands he gets for massive events is growing steadily.We look forward to hearing more sounds created by Omar, as we are sure they are bound to be awesome.