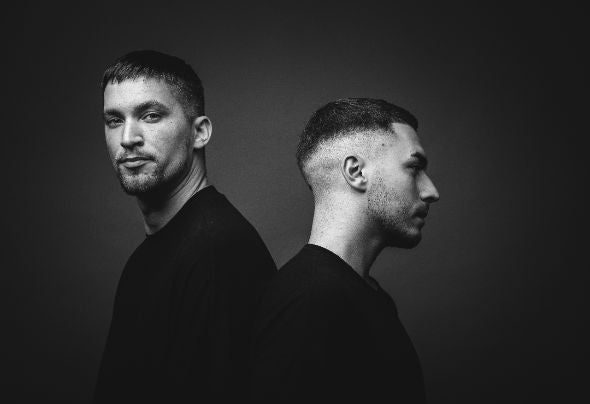 Stuttgart duo Tomi & Kesh have come a long way since forming in 2016. Heavily regarded by many in the Tech House universe, the ‘Nozzo’ party frontmen have been hailed for their distinctive and captivating audio signature - which has garnered the attention of many of the industry’s big hitters. Since forming, the duo has gone on to release with a wealth of highly commended imprints. EPs on Kaluki, Under No Illusion, NoExcuse, Playgroove, La Pera, SK Recordings and more have seen their music championed by the likes of Marco Carola, Joseph Capriati, Paco Osuna, Steve Lawler, wAFF, Dennis Cruz among others. Outside of the studio, Tomi & Kesh are constantly building on their reputation - frequently supporting some of the most popular artists in today’s underground dance music world across some of Europe’s most flavoured club spaces. They have appeared alongside Paco Osuna, Davide Squillace, Neverdogs, Marco Faraone and many more, with the list of impressive clubland features growing year on year. With a wave of upcoming releases in the pipeline and intercontinental shows filling up the calendar, Tomi & Kesh are ready for another year of their work being advocated on the biggest stages in all corners of the globe.