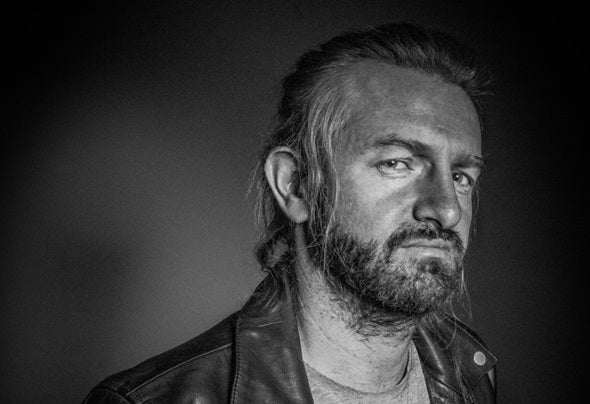 Born out of the seminal UK rave scene of the ‘90s, Killed Kassette is an artist with an impressive story to tell. A pioneer of house music with a remarkable resume, composed of associations with some of the biggest artists and labels in the evolution of the genre (inc. remixes for Carl Craig, Kevin Saunderson, Chez Damier, Roland Clark and Paul Oakenfold's illustrious Perfecto Records imprint). Once a member of a largely successful production duo, he made the break as a solo artist in 2013 and hasn’t looked back. Falling rmly on his feet, he quickly garnered the attention of none other than Kevin Saunderson’s iconic KMS Records imprint. That foot in the door and endorsement from one of house music’s most-respected outts naturally led to breaking the scene and an ever-growing presence in the electronic music world. Killed Kasste’s sonic palette is inspired the underground music scene; a spectrum of avours from rave and breakbeat through to old school techno, piano house and filtered disco. The many production methods and influential sounds used by such artists are an impactive factor on Killed Kassette’s output, as much is evident in his standout production signature. His journey through the ever-changing world of house music has inspired releases on a variety of much-appreciated imprints. Signing music to the likes of KMS, Armada Music, Lapsus, Kitball, Roush, Simma Black and more have seen his creations championed by a plethora of industry heavyweights including Fatboy Slim, Roger Sanchez, Sasha, Maya Jane Coles, Groove Armada and Claude VonStroke, and even seen him hit global airwaves courtesy of airtime on the famed BBC Radio 1.