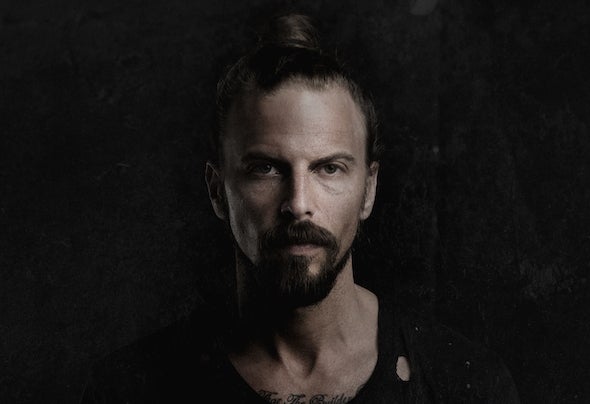 Canadian, Jonny White, acting Head of No.19 Music, is now the lone force behind the influential project that began as a collaborative effort with long-time friend Kenny Glasgow in 2009. The prolific producer’s original production style landed AD at the forefront of a major underground music movement, transcending genre barriers and breaking down walls as few other underground artists have. Their game-changing contribution to the electronic music landscape has been undeniable, garnering accolades such as #1 track of the year at the Beatport Awards in 2011 and iTunes #2 “Best Electronic Album” of 2011. the act has been featured in wide-spread press, including The Guardian, Rolling Stone, Vogue, I:D, Nylon and Vibe Magazine who ranked art department the #2 DJ/Producers in the world in 2013, second only to Daft Punk, firmly establishing AD as a rarity in the world of electronic music. Since the project’s inception, art department has performed at nearly 150 events annually on a seemingly never-ending world tour. Since first being installed as residents at DC10 in Ibiza, AD has taken the immersive and unique style of DJ’ing across the globe, performing at trendsetting international festivals like Movement, Ultra Music Festival, EDC, BPM Festival , Lollapalooza , Coachella and Tomorrowworld to name but a few and has been an ambassador for Ultra's recent Resistance brand the world over. Outside of clubland AD has has performed on some of the worlds most prestigious stages like the legendary BBC’s hallowed Maida Vail studios joining a rich history alongside the likes of The Rolling Stones and The Beatles. Art Department’s debut release arrived in 2010 with the "Vampire Nightlcub / Without You" EP, a record so unique that it set the electronic music world ablaze placing the project firmly at the foundation of a new era in underground dance music. Since then the prolific producers honed their original and remix production skills, most notably on White’s own No.19 Music, with their crown jewel being the impressive debut album “The Drawing Board” released on the revered Crosstown Rebels label. Art Department’s sophomore album, “Natural Selection” expanded upon their previous body of work, building a deeper and more experimental sound while staying true their original music style that won the hearts of their dedicated fans. In 2015 Kenny left the group to persue a solo project while Art Department entered it's next chapter with Jonny taking the helm, making the change in direction abundantly clear with the creation of the the 82nd mix in the legendary Fabric compilation series - focused more narrowly on the dance floor and a heavier, dubby house and techno sound. Only one year later In 2016, Art Department embarked on yet another milestone event in his career - mixing the latest edition in the legendary Renaissance Mix Collection. The double disc showcased a deeper side of the artist's taste and original production, featuring his own productions, "Bodies" and collaboration with Toronto native AD/D, "Motorcity Sunrise" which saw notable success. Jonny has also continued to successfully develop his beloved No.19 Music record label with long time friend and co-founder Nitin, which to date has released works from over 150 of the most influential, electronic artists, across the globe. As the label approaches it's 10th year in 2018 No.19 has become one of the most sought after, contemporary imprints in dance music today. In recent years the label has seen a string of celebrated producers showcase their talent with the likes of Mathew Jonson, Jamie Jones, Martinez Brothers, Guy Gerber, Radio Slave and Dennis Ferrer all providing remixes for AD’s material while continuing to develop new talent from all corners of the earth. Art Department, continuing to push his own creative boundaries and explore new ways in which he can help to cultivate underground music culture has found his latest efforts materialize in the form of two new vinyl-only imprints. The first, being Social Experiment, the name used for the brand of highly successful No.19 Music record label showcases that have been one of the most in-demand events for club and music festival promotors around the world. While the second imprint, named Sunday Money will serve as yet another opportunity to provide even more artists with a platform to release a music, catering more to collectors of deeper, "post-minimal" house and techno. In 2017, Jonny began his work on an issue close to his heart - Music Against Animal Cruelty, a non-profit organization with one simple directive: to help save wildlife. Along with long-time friend and co-founder Wade Cawood, MAAC will act as a broker between musicians, the music industry and music fans alike, helping to save animals facing the dangers of a diminishing population or extinction. As an additional contribution, the Social experiment imprint will form a crucial part of fundraising efforts in its guise as a nonprofit record label with all proceeds being designated to MAAC. Now, as we look forward to 2018, Art Department, again enters another phase and continues to evolve with Jonny planning to release a series of original releases to coincide with the arrival of the 10th year of No.19 Music and a string of global showcases to celebrate the occaision. Never one to rest on his laurels, Art Department will continue to explore new sounds and ideas, bringing his reimagining of a project loved by so many to the world stage with no end in site.