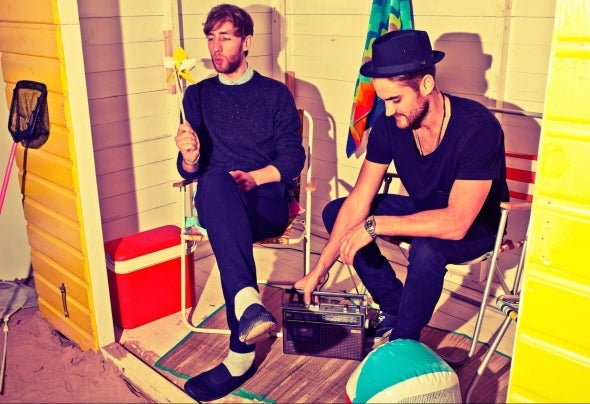 Wildkats are a production collective formed in East London when Edinburgh DJ's Stuart Sandeman & Scott Dickie met US import Corey Baker.After sharing ideas over a booming warehouse bass bin they decided to get into the studio. Pulling influences from 80s Funk and New York Disco they began to develop their sound; an energetic combination of groove led house and dubby disco with their trademark Wildkat baseline. Inspired by the new wave of contemporary house music fusing 80s drums, synths and bass sounds, Wildkats have put their own stamp on this with their catchy edits and raw dance floor killers.Since their inception last summer their tracks have caught the attention of some of the biggest names in the dance music community with support coming from Hot Natured, Wolf + Lamb, Crosstown Rebels, Lee Curtiss, Droog, Jamie Jones, M A N I K and Soul Clap. All of which have tried and tested these across some of the globes most proliphic dance floors from Sonar to Burning Man, Glastonbury and Ibiza's mecca DC10.2011 has proved to be an essential introduction for these boys with releases lined up with various imprints. Their forthcoming 'System Crank' release with Russ Yallop on Hot Creations is already creating quite a stir across the dance community and receiving notary kudos as the Essential Tune Contender on the UK's Radio One show. We look forward to forthcoming releases on Hot Waves, Stranjjur, Lower East and Neim.