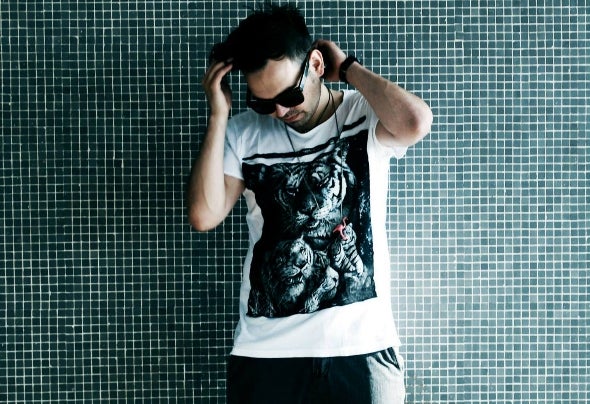 Christoph aka Click | Click was born in the south of Germany. The first time he listened to Kraftwerk - Roboter at the age of four he got very enthusiastic about this kind of music. ... his passion for electronic music was born! At the age of 15 he played guitar in his first band, Senseless Noise.After his career with the band he started playing records out. In September 2002 he moved to Berlin to be a part of the fascinating city. One year later he started his studies to pursuing a Bachelor of Recording Arts in Berlin. During that time he set out to produce music. Since 2006 Christoph has produced his own funky Nu Disco, Deep House tracks, doing remixes, performing live-sets and playing out records under the name Click | Click. After meeting Ferri aka M_Ferri/ Superlover in July 2006 both marked the start of the House/ Techno label Kassette Records which features acts like Channel X, Click Box, Dj Glen, Glocal, Jan Ketel, Microbodies, Oliver $, Jimmy Edgar, Dustin Zahn and others. Since 2008 he releases together with Niko Schwind as Tarifbereich_B and in 2010 he teamed up with M_Ferri to produce/ release their first ep as Kassette Boys. At the end of 2012 Click | Click started his second label Palms & Flamingos. With this label he focuses on quality electronic music - Disco and funky Deep/ Slow/ Jackin’ house with a whiff of pop appeal.