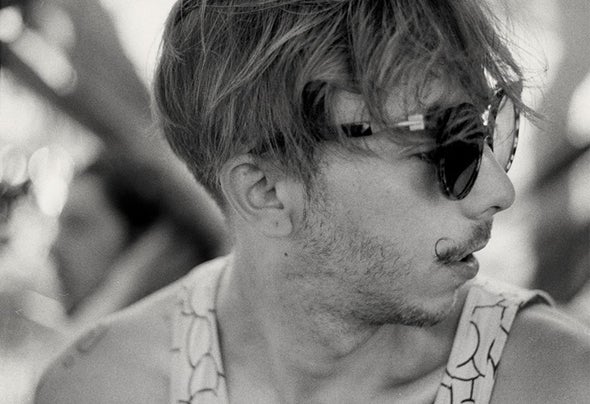 Igor Ochoa is your wild prime time magician. Coming from Winterthur, Switzerland, took his first steps in the music industry as a resident DJ of local Reaktor Club, playing vinyl since he was 16. „Everything started back in 2003 with my first contact to dance music... Disco and house were hitting my ears and changed my mind..! it was love at first listen!“ Since then Igor is on his own journey of discovering the world of electronic sounds and beats. A process has started, which didn't come to an end till today.. growing knowledge as an engineer as well as controlling a crowd and bring emotions to the audience as a DJ. His musical odyssey led him through many genres till he found the one that feels like home now: proper Techno! If it is in his productions or in his DJ sets, how he brings together distorted sounds, crazy grooves and rhythms, deep hypnotic spheres and heavy bases all in one is what makes him so special and explosive on the decks and in the studio. To fully express himself as an artist and take his musical career further he chooses to move to Berlin. Nowadays Igor releases regularly tracks and EP's that get a lot of support from well- known artists. And he has a lot more in his pipeline to come up with... His plan? Is to change the sound of the future! So keep an eye on your wild magician!