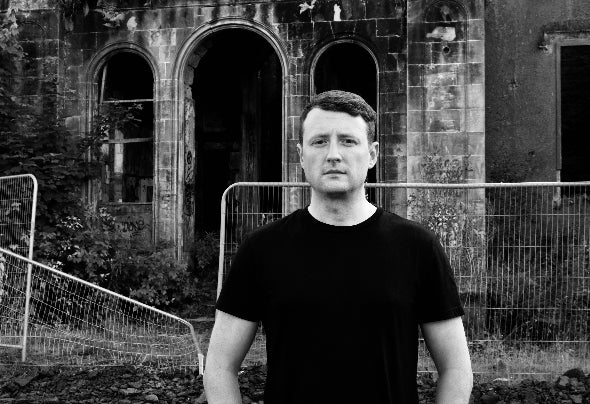 DJ, Producer, Promoter & label manager, Lex Gorrie is a man of many talents. He started in 2006 by promoting the popular 'Sleaze' techno party in Glasgow, alongside his younger brother, Hans Bouffmyhre. In the summer of 2008 Sleaze Records was created by the two Paisley brothers. To begin with, as a platform to release their own productions, but now Sleaze Records has grown into one of the most respected techno labels in the world. Lex burst into the scene with great success. He has released tracks on a string of top labels such as Alleanza, Analytic Trail, Driving Forces, Planet Rhythm Gynoid Audio, Suara, Phobiq, Affin, Flash Recordings & Sleaze Records. His tracks have been played and supported by some of the biggest names in the techno scene including Adam Beyer, Slam, Jopeph Capriati, Len Faki, Speedy J, Ritchie Hawtin, & many more. In early 2013 Lex started his own new imprint called Unknown Territory. .An exciting techno label with a deep, dark, raw sound. Which is still firing on all cylinders today. Artists on the label are Lex himself, Developer, Thomas Hessler, Axel Karakasis, Black Asteriod, Arnaud Le Texier, Submerge, Joey Beltram, Ricardo Garduno, Hans Bouffmyhre, D.Carbone, Alexander Kowaslski, Alex Bau, Dax J, Jeroen Search, Mattias Fridell & many more. Lex has played at some of the most respected Techno clubs around the Globe over the years, in some of the biggest cities, Including Miami, New York, LA, Berlin, London, Paris, Amsterdam, Stuttgart, Cologne, Toulouse to name a few. As Lex Continues to push and improve his sound it's onwards and upwards from here!