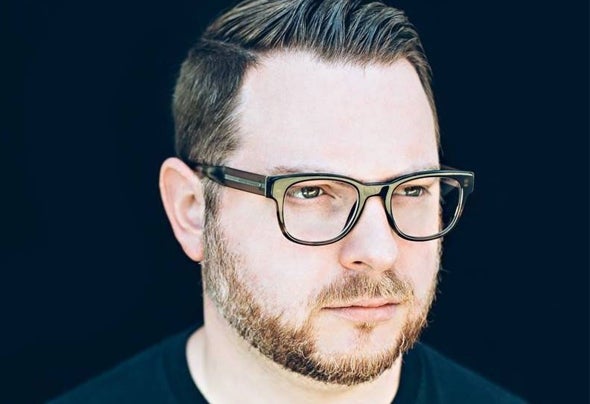 US based artist, JX-216 (aka Milkplant, Justin William Pennell) is originally from the Milwaukee, WI; but has lived in Oakland, California since 2010. He relocated to the West Coast in 2004. While living in Seattle for six years he started the internationally recognized Techno label and artist collective, From 0-1; with fellow artist Sone. Schooled in the Midwest and developed on the West Coast, his work encompasses over 30 years of combined DJ/production experience, and 10 years of record label operations.JX-216 is a brand new alias he has developed over the last several years. His new live pa debuted at the 2018 Droid and Blank Code Interface/Scene official Movement Festival after-hours at The Works in Detroit; alongside Kr!z, DJ Hyperactive, Vril, Phase, Sophia Saze., and others. Less than a year into his new alias, he’s already seen releases signed to Chicago based Impact Mechanics, Madrid label SUB_tl, Rheostats, and From 0-1, with several other EP’s in the pipeline for 2018.As a DJ he can be found playing a combination of vinyl and CDJs. He has played in various cities across the US, most notably in Detroit for Interface/Scene at Movement Festival 2016, and 2018. His mixes have been featured on Droid's D- Node podcast, the Warsaw Torture Boyz podcast, Blank Code podcast, Drone podcast, and Error Sessions. Recent releases under his Milkplant alias: “The Distance” 12” vinyl EP arrived autumn 2017 on San Francisco based label, Excise; his remix of Sone’s ‘Australis’ arrived on 12” vinyl late 2017 via From 0-1. In early 2018 he launched 'Konstruct', a monthly Techno event in San Francisco, with fellow artist, Rubidium.