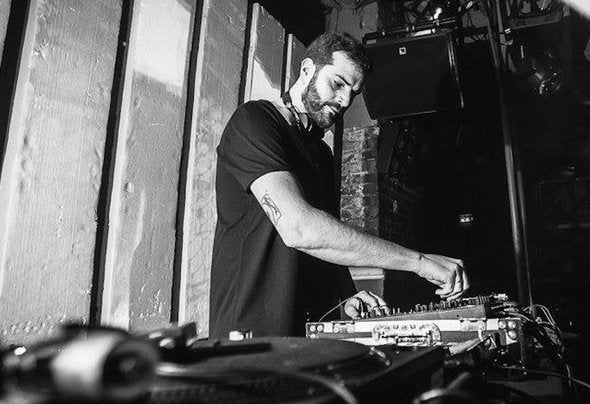 Joton is synonymous with dark techno, iron, futuristic and sensitive, all mixed with the precision and speed of a surgeon. His powerful personality and marked charisma, as DJ and producer, is based on a stylistic maturity, a professional serenity and a well- founded artistic criterion, always in constant and restless progression, through which everything that he pricks and produces is identified. His sound is industrial, analog and mechanical. Dystopia and the club are discussed. Detroit, Berlin and Birmingham.Starting from the very marrow of techno. It is physical, blunt, modular and exciting.His label `Newrhythmic ́ has been more than 15 years supporting high-octane techno by native and foreign artists. Joton’s tracks have been published by labels such as Fabric, Symbolism, Planet Rhythm, Format, Dynamic Reflection, More Than Less ... and have been charted and screened by artists of the great size of Ben Klock, Dvs1, Rodhad , Dave Clarke, Ben Sims, Oscar Mulero, Adam Beyer, Surgeon, Truncate the Hiyama Go. During these last years, Joton has been demanded to play in countries such as Japan, Holland, Germany, Russia, Argentina, South Korea, Italy, UK, Chile, Colombia, Croatia, Slovenia, Malta, Austria, Georgia, France, Greece...In 2015, a milestone occurred in his career with the publication of his first album 'Casting Out Nines' that garnered excellent reviews by the public and specialized press. It was considered one of the best works in long format of that year and this placed Joton in the focus of the entire global techno scene. He launched this album in 10 countries on 3 different continents.In this 2017 his second great project will see the light. It will be called 'R3silient' and, through a vinyl trilogy, it will present his purest and analogical side; Returning, once again, to the primitive, to the seminal, to the roots of techno.