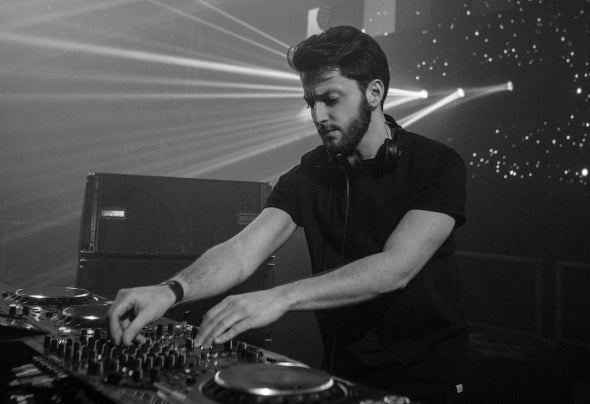 The universe of Ket Robinson can be defined by strong percussions, rhythmic drums, dynamic melodies and captivating synthesizers. Influenced by industrial sounds and UK Drum and Bass, he has created abyssal and mechanical productions that he expresses through a strong impulsive Techno which resonates in the depths of soul. You can feel it in his releases, his own label and his DJ sets which are of a great intensity. The Parisian producer has already been noticed by big names like Shlømo, Dax J, Richie Hawtin, Remco Beekwilder, Anetha, Dense & Pika, Maceo Plex, Hadone, or Inhalt Der Nacht, who play his bomb tracks during their shows around the world. He's also the owner of KR Records, a Techno Vinyl Label created in 2019.