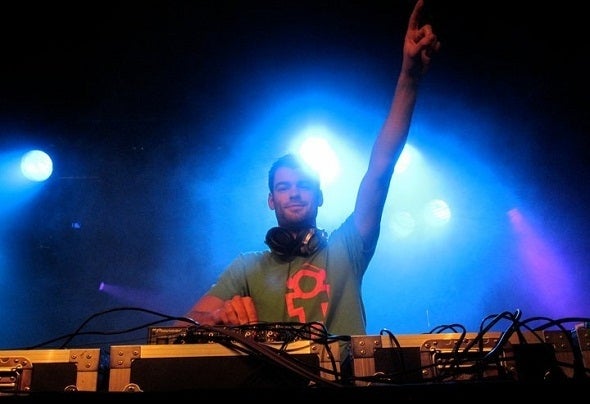 It all started in the 90's, Erik fell in love with the house music of these years and his hobby was to buy as much cd's he could afford. The sounds of "Cappella", "2Unlimited", "Maxx" and of course "Scooter" were always in his discman, no matter where he went.The 90's were the era of Oldschool and Early Rave sounds. This kind of music is still being played daily at his home after all these years. In the year 2007, Erik decided to buy a set of turntables to listen to the vinyls he bought. In the beginning he decided to play only Hardcore and Early rave, but after a year he started to play Trance as well.Because of the limited availability of trance on vinyl, Erik decided to buy a set of cd-players. With this change he started to buy only Tech-Trance records, this resulted in a performance in PopEi in the city of Eindhoven in the beginning of 2010. After a while the sound changed again and became more and more techy and this resulted in a big interest for Minimal and Techno music.The first Techno event with Erik behind the deck's was Musical Therapy in the city of Emmen on the 26th of June 2010. Soon, a few events followed, and even a gig on Solar Festival was a fact. At this stage, he played the historic 90's house. This resulted in total happiness on the dancefloor.And that's what it's all about!!