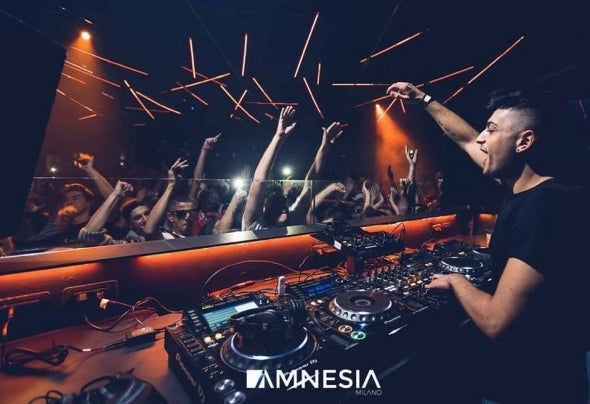 Marcel Dope was born in December of '95 in Italy, near the city of Milan. At the age of 13 he started to be passionate and approach the world of techno music, first as DJ then making his way into electronic music production. He then began performing at various clubs and discos in Italy, while the first record releases arrived in 2014. He has released his music in many labels such as: Happy Techno, Material Series (Mr.Carter, Pixelate, Space Invaders, Lit Music) and many more. Over the years he performed together internationals Djs like: Dennis Cruz, Wade, Joey Daniel, Neverdogs, Santé, Sidney Charles, Tini Gessler, Pawsa, Phil Weeks, Cuartero and many many others. His music was played and supported by Marco Carola, Riva Starr, Stefano Noferini, Lexlay, Mihalis Safras and many others. Resident Dj at Big Family New Era and owner of the Label Dope&Sick.