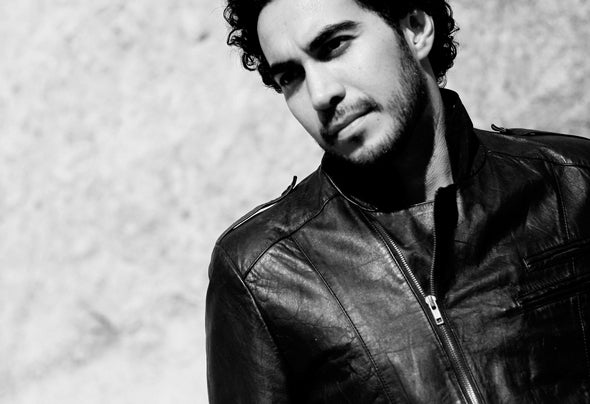 Montano dance boundaries are related to his childhood when 70’s music and some of the Motown Records where played in his family collection at home ina small city in the center part of Mexico. It was just when the ashes of disco turned into house music in the middle 80’s when Mike made contact with his first music manifestations, not specifically with a drum machine but being a drummer when he started to run his own band and his first attempt to create music. Thru a couple of years after forgetting that experimental stage of his musical life, Montano further inspiration came from a couple friends that started to play records in a small apartment during college around 2000 when everyone involved in t hat friendship started to do something for the movement around the close cities, launching parties and buying records, getting influenced by each other and it was electronic music the choice that transform Montano’s drummer to dj and now producer career.After 8 years spinning records, his point of no return in electronic music production was in 2007 when the explosion came with his first album project and several Live shows around Mexico alongside his creative partner Jose Amaro, one of the most remarkable alternative artists of the spicy native count ry in cent ral America. Since t hen, Mont ano has collaborated with a bunch of talents like Rossell, Cesar Coronado, Albert Maris, Bolumar, tONKPROJECT and Tim Richards.These days Mike’s production work has experienced the attention of legends like Dj Sneak and other influential artists like Nick Curly, Paco Osuna, Terry Grant or Alex Dolby, being actively played in radio shows and festivals. With hands on Remixes for Jeff Bennett (Plastic City) Roberto Palmero (SK Supreme) and Presslaboys (GU), Mont ano has gain a remarkable reput at ion as deep house producer...His musical production and dj career is attached strictly to house music crossing techno borders, capturing deepness and injecting a warm crafted sound easily identifiable and full of rhythmic force. Thru his musical expressions, Montano has evolved in different styles, from percussive to deep and from dark to elegant and stylish grooves that has taken him to produce the music Runways for Designers in Mexico & NY Fashion week...But is his true underground soul that remains now in Playa del Carmen where his appearances in the last BPM Festival editions and every weekend proposing a new wave of sounds with the Footloose Agency residents at La Santanera that create the perfect scenario to listen & dance his music in the south beaches of Mexico.