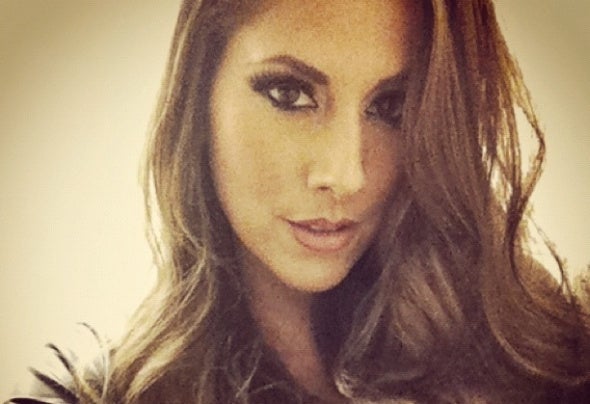 Karina Junker made her television commercial debut in the Dominican Republic and has been steadily honing her skills ever since, landing roles in an array of film, television, theater, voice, music video and commercial print projects. Born on May 3, 1980, Junker was raised both in Mexico and the United States. At an early age, she gravitated towards the performing arts. She began taking piano and singing lesson when she was nine years old and acted in local plays as a teenager. At the age of 18, Junker attended Universidad Iberoamericana in Santo Domingo, Dominican Republic and completed her studies at InterAmerican University of Puerto Rico where she majored in Psychology in 2002. After graduation, she studied at Columbia University in New York City and received her Master of Arts in Clinical Psychology at the age of 25. In March 2009, Junker signed with Page.713 Model and Talent Agency, the largest and most influential agency in Southern United States. In 2011, she signed with Reign Agency (Santa Monica, CA). In 2012 she also signed with Danis, Panaro & Nist (Beverly Hills, CA) and Industry Models + Talent (Santa Monica, CA). Junker made her screen debut in her starring role as 'Stefana', in the independent short "The Key of D" directed by Judy Garlow. Additional credits include director Natasha Fissiak's film "Dissonance" as 'Marina', which was officially selected for the 2012 Cannes Film Festival Short Film Corner; and director Mike Pena's short film "El Secreto de Emiliana" as 'Mariana'. Junker made her stage debut in 2010 in Eve Ensler's "Los Monologos de la Vagina." Junker is also on the roster of impressive record labels in Europe such as Highway Records (Russia), Polar- Rec (Germany), and Liebe*Detail (Germany). She began a musical venture by doing the vocals ("Don't So No" and "So He Finally Called?") for German DJ/Producer Chris Lattner (Moon Harbour Recordings). She has collaborated in Germany with respected DJ's such as Namito, Tigerskin, and duo Kruse & Nurnberg. Junker's training in acting has been alongside veteran actor Kris Kyer who was the on-set coach for Bruce Willis' feature film "Hostage"; Deke Anderson, who stars in the film "Green Lantern" directed by Martin Campbell, and was a regular in the famed daytime soap opera "Days of Our Lives"; talent agent Robert Hass from Innovative Artists Agency; and casting director Ricki G. Maslar whose feature credits include the film "The Exodus of Charlie Wright" directed by R. Ellis Frazier. In addition to her dedication to the performing arts, she is involved in many organizations and is an avid runner. She is a UNICEF U.S. Volunteer and United Nations Volunteer. She will be running the 2012 Chicago Marathon and has ran the Chevron Houston Marathon, Rock N' Roll Seattle Marathon and the BMW Frankfurt Marathon. This charming and diversified actor lives in Los Angeles, California.