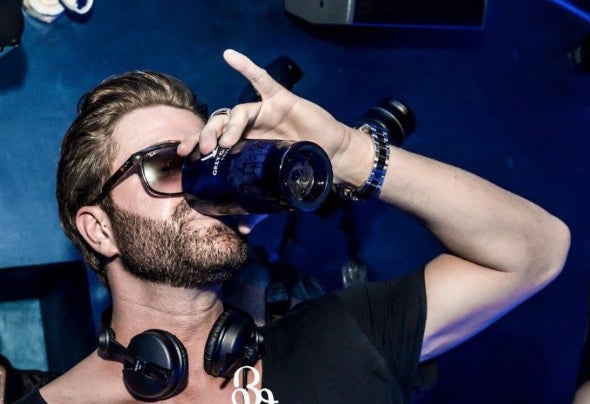 Andrea Raffa was born near Florence, Italy. His career began in 2006.(ZYX,Universal). After several collaborations from m2o, to Joy Kitikonti for Footlovers Music, in 2007 he started working with the well-known international DJ, Federico Scavo. In 2008 he arrived at Airplane! Record company of Tommy Vee and Ferrucci, presenting Higher and Higher sung by Michelle Weeks at the WMC in Miami. Not forgetting collaborations with Synestesya, with Luca Asta, DJ of Tam Tam Network and with JeQ and taking over the Underfish dance project together with Andrea Maggio as Texas Hold em. Andrea Raffa is not only a record producer. He loves playing sounds from one club to another and fascinates the crowd with his diverse sets, above all he loves vinyl. He has been performing international sets in the most impressive clubs in Europe since 2009. In summer 2011 he joined in Tiger Records and releasing collaborations with David Jones, Max C, Andrea Love. In 2014, in addition to Berlinique that gave life to the collaboration with the legendary King Street of New York, he released Bring It Down, in which deep house influences find room in both the original version and in the version remixed by Manuel De La Mare released on Alex Kenji’s Hotfingers Records, which reached number seven in the house genre of beatport and the top 30 overall; supported in clubs around the world and by the biggest names on the house music scene, from Gorgon City in the BBC1 radioshow of Pete Tong, to Tiesto Clublife s radioshow by Danny Avila, to Albertino in Italy, in addition to being selected by The Cube Guys for the official compilation of the Cafe Ole of Ibiza. He also remixes officially Keep On Jumpin, the historical hit by Todd Terry,the pioneer of house music. Andrea Raffa s productions range from the more melodic house-pop sound to electronic house, as well as DJ sets in the studio, in which he offers a strictly club selection, ranging from the funkiest house to deep sounds, dub and crossover.