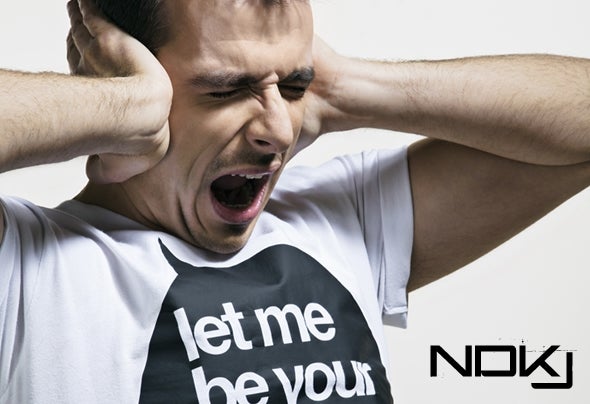 Andrea Quirico aka “NDKj” is an estabilished DJ and producer hailing from Novora in Italy. NDKj began his DJing career in 1998 and by the mid 2000s had firmly established himself as one of Northern Italy’s hottest techno DJs. It wasn’t long before NDKj began experimenting with music production and his own techno ideas, and it was these production skills that would eventually provide NDKj with international recognition.From his very first release “Dark Ages” in 2006, NDKj’s talent for production was quickly spotted and over the following few years he went on to release a succession of quality techno releases (solo and with Italian electronic kingpins such as Mario Pui and Joy Kitikonti) that make the likes of John Acquaviva, Gregor Treshor, Dominik Eulberg, Monika Kruse etc huge fans of his work. In 2008, NDKj started his own label “Heatflow Records” and also began to introduce some house influences into his music. The new direction was an instant success and since then NDKj’s career has gone from strength to strength.Over the last few years, NDKj has become a regular fixture on the Beatport sales charts, notching up more than 10 hits in the Beatport Top 10 charts with tracks such as “Funkest Star”, “Main Course”, “Step Back”, “Not That Kind of Girl” with Alex Kenji and “Running Back” with Wally Lopez all hitting the Top 5! He releases his music with internationally renowned dance lables such as Defected, Toolroom, Strictly Rhythm, Great Stuff, Spinnin, Hotfingers and has collaborated with huge talents like Alex Kenji, ATFC, Todd Terry, Luigi Rocca, DJ Chus, Federico Scavo, John Aquaviva and Olivier Giacomotto. Nominated by Wally Lopez as the Breakthrough DJ/Producer of 2010 and by Mark Knight as being one of the Best Producers of 2011, NDKj’s music is supported by the world’s biggest stars including David Guetta, Fedde Le Grande, Roger Sanchez etc.The success of his music brought NDKj’s DJing skills to the international stage and in recent years he has headlined shows in some of the best clubs in Europe, North America and Asia including Avalon (Hollywood), Embassy (Indonesia), Electricity Festival (Slovenia), The Wall (Taiwan), Exchange (LA), Home (Amsterdam) and many many more. 2013 looks set to be a big year for NDKj – with tour dates already confirmed for Europe, Mexico, Asia as well as upcoming releases and collaborations with Hotfingers/GreatStuff and Alex Kenji/ATFC/Federico Scavo respectively. It looks like NDKj could very soon be moving his name from “one to watch” into the elite of the house and tech house music!Booking Information