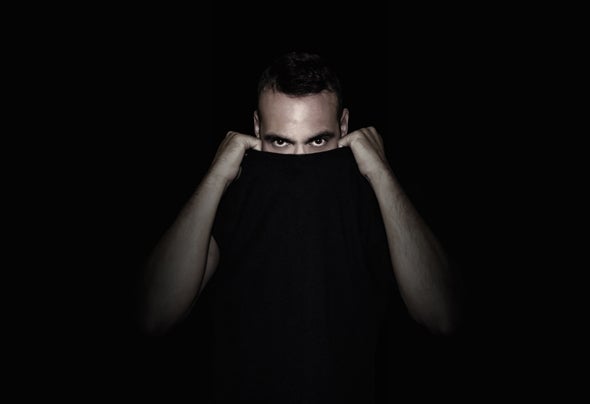 Sergio Fernandez is one of the most renowned Spanish electronic artists with a reputation that spreads worldwide, heavyweights like Richie Hawtin or Carl Cox (he did a special of Sergio ́s imprint Insert Coin in his radioshow Global) are consistently supporting his productions.A quote from Luciano of Cadenza reads, “Its an amazing track, congratz Sergio!” on one of Sergio’s most recent tracks, “Clicks N Stuff”, which was released on Detroit techno legend Stacey Pullen’s Blackflag Records.Stacey Pullen himself commented, “I’ve always been a fan of Sergio's music, This EP is special because it will be the first artist other than myself to be released on Blackflag since I re- launched t he label in 2010."Also some sweet words from Pete Tong on the remix Sergio did for Siege ́s track “Roads” “Amazing Mix, have to get you on the show soon!”Over the last few years Sergio has received several nominations from Spanish electronic music magazines, including best Spanish DJ and producer, also his track “El Son te Llama” was awarded as best Spanish tech house tune. Sergio continues to release his music on the most prestigious labels around the globe including; Great Stuff, Suara, Toolroom, Stereo Productions, Monique Musique, Skint, Bitten, Strictly Rhythm, Plastic City, Pornographic, Hotfingers, Kittball, K9 and of course on his own label Insert Coin Records.As a DJ he has played in more than 25 different countries Inc. Japan, U.S., France, Italy, Canada, China, Morocco, Russia, Bulgaria, South Korea, Greece, Poland. Incorporating some of the best clubs in the world, Fabrik (Madrid), Ageha (Tokyo), Space Ibiza, Space Miami, Discoteque (Moscú) and Eden (Seoul). Sergio is also has his hand in the festival scene with recent appearances at Rock in Rio, Electrobeach Festival or Nature One. Along the way he has represented some of the biggest brands in the business including Toolroom Knights, Pornographic Label Night s and St ereo!OnT our.His style varies from exquisite house to more intense tech house. One of Sergio’s most distinguished facets when performing is the balance he strikes between outstanding technique as a DJ and his ability to conduct vast amounts of energy into the crowd.Sergio Fernandez already has two albums to his name, “Mob Rule” (2008) and “Angel or Demon” (2010), on the UK imprint Baroque Records. Both albums were critically acclaimed and a commercial success.As a remixer Sergio Fernandez is one of the most in-demand artists around. His most notable remix to date has to be for the Chris Lake and Deadmau5 single “I Said” on Mau5trap Records, which received rave reviews and a huge amount of DJ support.Adding to his busy production and DJ schedule Sergio also finds the time to produce and host his own radio show / podcast “Emphasis”.His hard work in the studio & his dedication to touring around the globe has paid off, it seems to be the perfect combination that makes him standout as one of the leading names of the global electronic scene.