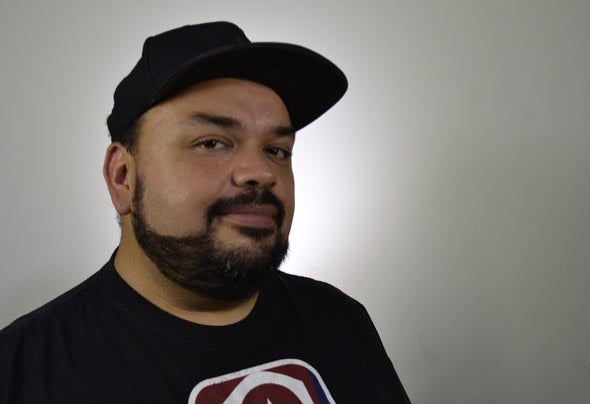 DJ Marnel is one of the leading names in the drum & bass scene in Brazil. With an indisputable technique, an irreverent and dancing style added to your feeling, the main differential; he manages to command the dancefloor and stir the audience with his charisma, always working with a pleasant, but danceable and engaging repertoire. His career started in mid 1995 at small parties, where he acquired experience in electronic music so that he could have his own party; The Bass. Marnel has a history full of great parties and attitudes that go back to the times of the late clubs Lov.e, D-Edge, Over Night, Broadway and festivals such as Skol Beats, Respect, MegAvonts being part of the first drum & bass school in the country acting until nowadays. Marnel also presents his musical side playing Grooves, 70s, 80s, 90s Indie, Rock, pop and house passing through São Paulo pubs such as Blue Velvet, The Sailor Pub, resident for 2 years at JetLagPub 2015/2016 and The Junipper 44 from 2017 to 2019 Recent Marnel played in the countries of South America, Chile, Argentina, Paraguay and released three compilations of Drum n'Bass, the first in 2005 with several Brazilian artists and then 2014, 2018 with Brazilians and Latinos called SOUTH AMERICA BEATS by Luv Disaster Records .