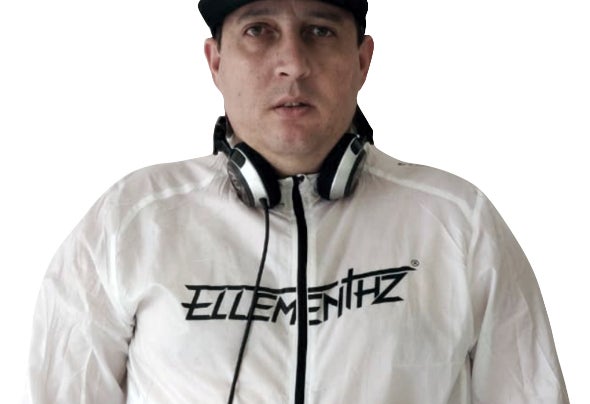 Hailing from São Paulo, Brazil, Ellementhz grew up living deep within the diverse Brazilian music culture. In 1991, he had his first contact with electronic music at the height of the Flash Back House scene. In 1992 he met Hard Core, where his passion for broken beats was born. Artists such as The Prodidy, Acen, Sonz of the Loop, Baby D, and Chemical Brothers are among his first in uences. By the mid 90s he was linked to Jungle music, and he found the sounds that would become his main focus as well as lifestyle. By the late 90s he was DJing, playing local parties and festivals. In 2000, he participated in his first DJ competition and won the championship in one of the most incredible nightclubs in São Paulo. With a lot of influence on Jungle Music and Ragga, he started producing his own drum and bass tracks in the early 2000s. His first release was signed to the DNBB Recordings label, which has given so much support to emerging Brazilian producers. Ellementhz’s tracks take us on a journey through the tunnel of time—always exploring broken beats, heavy baselines and lush vocals. His diverse styles vary from funk to heavy rollers to the deep liquid sounds. This dedicated artist has released tracks and EPs on DNBB, True Box Recordings, Liquid Flow, BMR Music, Nu Venture, Raw Recruits, SoulBass, and this year their first album called GANJA ROLLERS, dropped on the Liquid Flow Records label. Honing in on his production and DJ skills, Ellementhz has continued to actively DJ at local and well-know São Paulo clubs like Lov.e Club, which has hosted incredible talent such as Marcus Intalex, Dillinja, Dj Marky, Dj Rap, Total Science, Patife, XRS, and more. Keep in touch with Ellementhz here: Instagram: @ellementhz Facebook: /ellementhzdnb soundcloud: /ellementhz mixcloud: /ellementhz