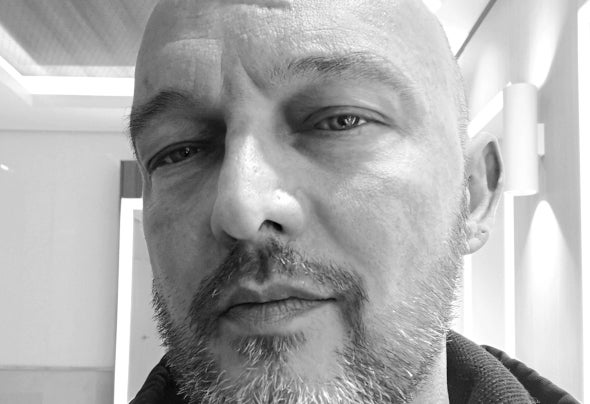 Hailing from cultural hub PARIS, FRANCE, FX909 became one of the leaders of the FRENCH D+B scene at the beginning of the new millennium in 2000.  In 2004, Alex signed to the legendary british imprint DEFUNKED, propelling his brand of LIQUID FUNK upon the international scene. His work with FOKUZ RECORDINGS continued to showcase his unique 'sound': a palette complete with RHODES keys, soulful vocals, deep pads, strong beats and basslines aimed directly at the dance floor. With a growing catalogue of music released on some of the nest labels around, FX909 obtained international support from some of the scene's top selectors. The year 2010 saw FX909 put his DRUM+BASS productions into hibernation. Fast forward to 2019, unveiling a flurry of new releases to mark a successful return to the scene throughout the year, FX909 closes out the remaining months of 2019 in fine style. With offerings for INFLUENZA MEDIA, LIQUID DROPS, TRIBE OF DUB, and a full length album, 'UNDEFINED' (part of the artist 'spotlight' series on the ever-dependable SOUL DEEP RECORDINGS imprint), Now in 2020, Alex become a label owner with his brand new FX909 MUSIC, a healthy balance of liquid, atmo and jungle drum and bass.