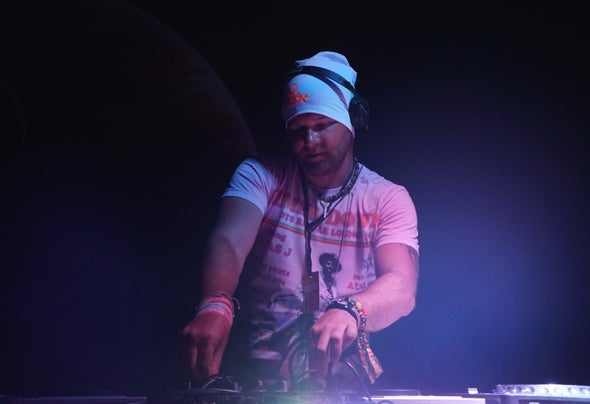 Vito von Gert Vitaliy Gert (Vito von Gert) was born on October 29, 1980 in Omsk, Russia. Producer, Dj, Musician, Composer, Promoter, Art- Director. Owner of his own record label Gert Records. The music's around us! (The music surrounds us!) And the Magicians, wonderfully changing the sounds of the world into the music, live next to us. More then 8 years ago Vito von Gert entered into the World Music Culture. Playing for the people in the different places of Russia and Europe, he fills his creativity by their emotions and feelings. Deriving the inspiration from each stroke of our life's picture, Vito von Gert creates an exclusive music. Uplifting Trance, Dark Progressive, Deep Techno, Psybient....intertwining these styles create other unique and unforgettable style - Gert’s style. When many DJs try to follow a blinding tendency to play only popular tracks in the masses, Gert tries to choose himself compositions which are remembered to the lovers of the dance music for a long time. The music at the foundation of which lies the heart's rhythms will always find a rhythm of other heart to beat in unison. As the real DJ he constantly expands the borders of his occupation and ignites people by his energy. In 2008 his own radio show “Magic of Trance” started (styles Progressive Trance and Uplifting Trance) (Such guests as visited: Kyau & Albert, Manuel Le Saux, A.Pravda, Dj Anna Lee, Anton Veter and more), in 2010 - radio show “PUZZLE” (styles Dark Progressive and Techno) and in 2011 - radio show "State Of Mind" (styles Chill-Out, Psybient, Ambient) which are broadcasted on the radio stations of Europe and Russia giving to the audience the unforgettable evenings. Festival Guests “Republic KaZantip” and A-ZOV fest!!! Organizer and participant TRANCEMISSION, regular guest Pure FM (San Francisco), Digitally Imported (New York). Besides he's the participant of The Moscow Promo Groups «Only Friends Promo Group» proved himself as the excellent DJ. He is the founder (participant) of the project "Uplift" and the promoter. «I work that my music to sound non-stop in the people's souls, even after they get off the dance floor.» (Vito von Gert)