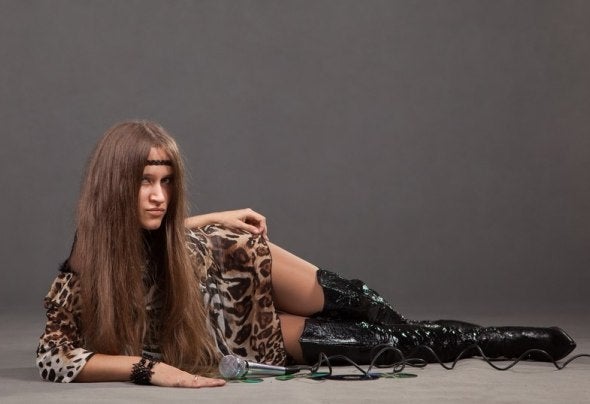 Anna Ushakova, she was born Anna Miracles in 1987 in the city of Penza. The main style of execution of compositions at Anna is Vocal Trance and Chillout. Favourite styles; Club House, Electro House, Euro Trance, Eurodance, Goa Trance. Regularly REDSEAT RANCERECORDS, RUSSIAMUSIC, LW RECORDINGS, MAKE MUSIC, COSMIC MUSIC RECORDS, EMOT ION MUSIC, MY WIN RECORDS, EASY SUMMER, PLEXUS MUSIC, T RANCE GOLD RECORDS is issued on such labels as COLORED NATURE RECORDINGS.Since the early childhood Anna had an interest to music, namely, to a vocal, after all it permanently sang something (her parents recalled). In school days having started writing verses and texts, in the head losing one tunes for another, Anna decided to devote herself to music!Performances, continuous record of songs and verses to them. Over time became normal pastime for the beautiful girl. Charisma, pure vocal, all this is associated at listeners with the name Anna Miracles! In the club industry Anna not so long ago, but already let out an own disk and collections. Releases of its tracks quit on many labels both foreign, and Rus s ian.Also Anna is fond of painting, a mode and happens yes a policy. Loves interesting people, and the principal motto on life - to Reach the purposes and not to stop on the reached! To all wishes good luck and, the main thing to believe in itself and the abilities! In everyone there is a sun - only let's to it shine, Anna so considers.