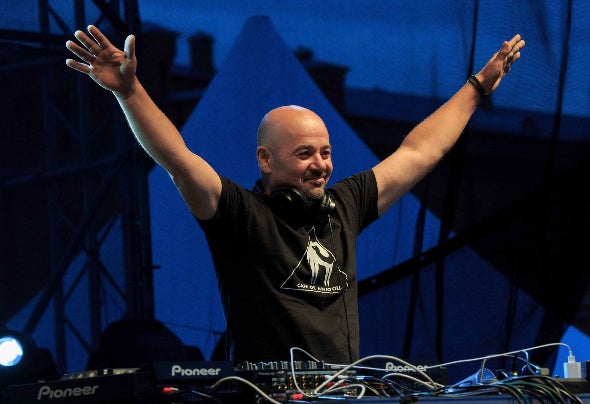 Billy Esteban is a Multi Instrumentalist, DJ & Producer who has been active for more than ten years on the music scene. With his seven unique successful solo albums, Billy is one of the most influential composers & producers in the mixed kind electronic music genre with the beautiful oriental & ethnic melodies, nowadays known as Organic House & Downtempo. He uses a unique instrument known as "tambura" specially made for him, which gives Billy's sound an artist signature that many want to find. For Billy, music is the safe place he goes every time he needs peace. He wakes up and goes to sleep thinking of music. The stories told and the melodies written by Billy are just a second nature to him. He gained his popularity on YouTube. His YouTube mixes reached more than 1 billion views and created the amazing story of Cafe De Anatolia. 2017 was the year when Cafe De Anatolia kicked off: A record label made together with his family inspired by the cultures and their music traditions mixed with the wonderful electronic music today, Cafe De Anatolia, turned out to be the stepping stone for many artists' careers. His music was part of more than 10 000 Chillout Lounge & House Music Compilations, regularly played on many radio shows and featured on top tier music magazines.