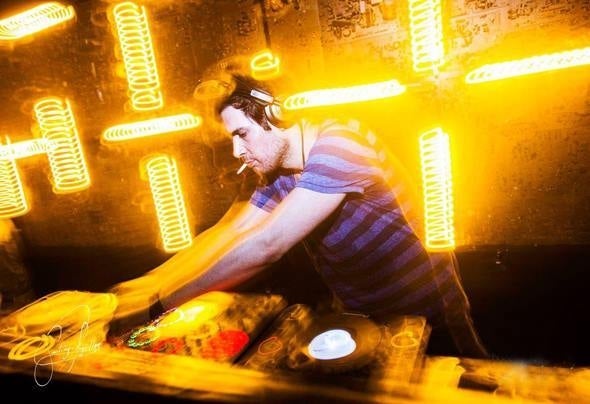 There’s something to be said for domination of the musical variety. Clenching the club- scene in your hometown is one thing, but collecting loyal fans from throughout your entire country, is a statement. Israel Vich, simply put – is one of the top producers & live acts to come out of Peru’s dance music scene. A career he has built from 1998 as a resident at virtually every club and festival within the Peruvian underground, sharing the stage with the elite of dance music...From Luciano to Richie Hawtin, Jamie Jones to Loco Dice.Nowdays Touring the globe with his music..A formidable producer, a variety of Israel’s tracks that has been supported by the likes of : Maceo Plex, Adam Beyer, M.A.N.D.Y., Stacey Pullen, Dj T, Richie Hawtin, Den Ishu, M.in, Ante Perry, Dualton, John Acquaviva, Maximiljan, Balcazar & Sordo, Nick Warren, Animal Trainer, Thugfucker etc.Israel has traveled to many countries around the world to play, highlighting Katerholzig (Bar 25) in Berlin, Germany. Creamfields (2002 & 2004) and the S.A.M.C. in Buenos Aires, Argentina. He also played in clubs like Treehouse, The Electric Pickle, Nerve, Privilege and The Station and several WMC events in Miami, Sunday Grove in Boston, Teatro Amador in Panama, Baum en Bogota, Colombia and Malmaison in Washington USA.Currently running his own label, Sprinkler, with a steady flow of new music, as well as regular releases on Get Physical, King Street, Be an Ape, Sprinkler.https://www.facebook.com/israel.vich.music https://soundcloud.com/israelvichr