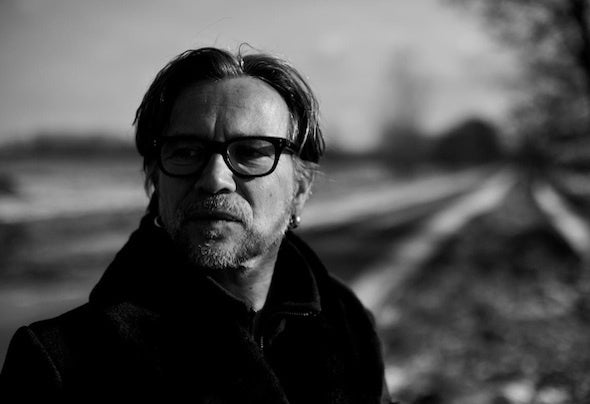 Rivera Rotation has something special to it. Being one of the landmark acts in the late 1990s during the electronic Lounge era, the brainchild of DJ, producer, songwriter and music activist Pete Rivera reinvented itself in the new millennium and now arrives with his second proper full length album „Horsley Park“.Nearly twenty years ago Pete Rivera, born in the South of Germany, emerged as a highly respected DJ in Hamburg. His ability of mixing classic disco with house, raw funk and adrenalin filled 60s soul was the talk of the town. His legendary Lounge club lasted 10 years and is fondly remembered. During its heyday Rivera came up with his own music project Rivera Rotation. The collective released a string of widely recognized singles between 2000 and 2005, followed by the album „Sunrise & Rainbow“. The Rotation tracks were remixed by the likes of Fauna Flash, Vincenzo, Q-Burns or Silicone Soul, while the album (produced with Cool Million mastermind Rob Hardt). The club smash „All Day“ (Kickin’ Music, 2006) and the outtakes, rarities & remix album „Waterdrops“ (2008) followed. Recorded in South-England with JetTricks and a little help from UK vocalists Afua and DJ Lora, “Horsley Park” was mixed with producer Felix Wenzel in Hamburg, accompanied by respected musicians like Simon Grey (Incognito, Miguel Migs, Knee Deep) and Tim Spohn (Marit Larsen, Aura Dione). „Horsley Park“ is a cross- Channel labour of love.Rivera Rotation is resident at Hamburg’s Moondoo club and travels the world as a DJ.