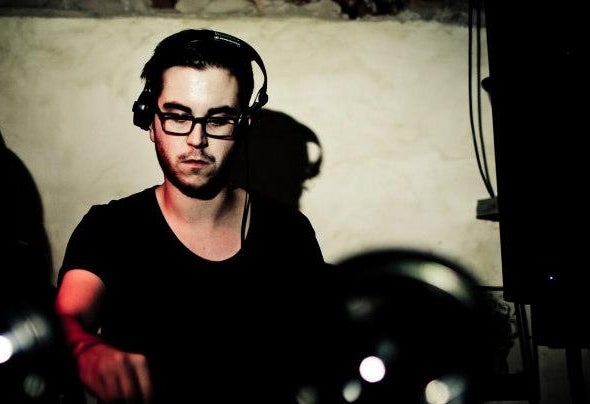 „If I had to describe what house music means to me - it may sound vague - but all I can say is, house music is my motherland, my home... in the figurative sense, it's like a place where I really feel at ease." A strong statement from DJ André Hommen, who has probably seen hotel-rooms just as frequently as his own four walls of late. He has already traveled extensively with t rips all over t he world. He has played at clubs throughout the globe including the world’s bests clubs like Berlin's premier addresses "Watergate" & "Panorama Bar", t he legendary "Space" in Miami, t he famous „Cavo Paradiso“ on Mykonos or Jakarta's well known "Stadium" club, just to name a few.André Hommen was introduced to the music he loves via the radio. Musically his hometown Nettetal in western Germany doesn't have much to offer at first glance, although more than a few world-famous producers started their career there in the mid nineties. The music at the parties of his young peers wasn’t interesting for André. Seminal radio-shows opened him the doors to a world of music, which was way more t hrilling and int riguing t o him. On one of these days he made his decision: House music with its warmth and its groove is the sound which shall become his musical home. André Hommen started mixing by himself; at first in his bedroom but soon at some underground parties such as Radio DJ Mike Litt's "Sonntagserlebniss" event.André Hommen's life script continues to build traction with house music at it's center. He is part of the administrative and creative team behind Dennis Ferrer's New York City based Objektivity imprint and has had the opportunity to develop projects by artists including Ferrer, Argy, The Martinez Brothers, Loco Dice, Henrik Schwarz and more. In collaboration with the producer Gorge of the 8bit label from Mannheim / Germany, André Hommen's first release for Objektivity was created. His acclaimed debut title "Marashi" from 2009 was one of the most playedt racks of t hat year. In 2010, anot her collaborat ion wit h Gorge followed. "Hakunyo" was released on Germany's cult-label "Plastic City.In 2011, East Coast house legend Dennis Ferrer has announced "No Difference," his latest single. For this elease, Ferrer teamed up with his long-time touring partner, André Hommen, to drop a slab of stripped- down and funked- out deep house. The single features complicated chords, chopped-up male vocals, and creatively re-sampled percussion to arrive at a skeletal but effective track. "No Difference" came out on Objekt ivit y and was played by nearly all big names of the worldwide house music scene.André Hommen rarely spends time at home these days with a calendar that is fully booked months in advance either as a solo DJ or as touring partner for Dennis Ferrer."When I find the time, I work on new tracks. I try to incorporate a wide range of influences. I am also influenced by the broader classics of music history such as the album "Exciter" by Depeche Mode. The curves of suspense which the band builds in to their writing and production serves as an example of how to do things the right way."We should be excited that more tracks by André Hommen are coming soon and if you see him perform in a distant club somewhere around the world, fear not for he is not homesick. André Hommen has found his home.