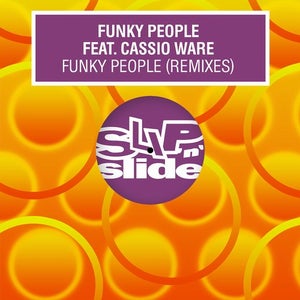 Duplicated from (Slip 'n' Slide Funky People featuring Cassio Ware "Funky People") West London's Slip 'n' Slide was one of the UK's original house imprints. With early releases from Kings of Tomorrow, Deep Dish, Masters At Work and X-Press 2, the label set the benchmark for house music in the UK and gave a platform for artists who went on to be all-time greats. One of these artists was Blaze, who don their Funky People alias on this special release, with vocals by Cassio Ware, one of the most revered and respected vocalists during this era. Known for their gospel and soul tinged sounds, this remix package journeys between deep, jacking house, garage-inspired sounds and stripped-back grooves with new mixes from Jovonn and Hugo LX alongside the sought after classic remix from UK heroes 20:20 Vision.