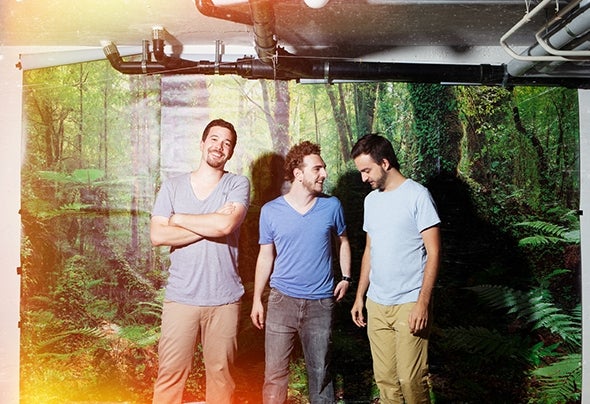 In Switzerland, it’s always summer – especially when Trinidad come into play: The trio always makes the sun shine out of the DJ console straight onto the dance floor, the whole year round. Trinidad is the project of three DJs from Bern: DVW, Noiseberg and Marc Feldmann. It all started as the result of numerous Thursday nights at Club Bonsoir in their hometown where they hosted the Noir residency. Noir passed, but Club Bonsoir remains their home base and the decision to continue as a trio came up somewhere in between.Both their eclectic DJ sets and their live gigs are cooked after their very own recipe: a solid foundation made of house music, served with a side of melodies, and topped with the typical live percussions they always bring along. The warm timbre of guitars and pianos shapes Trinidad’s musical fingerprint. Since they grouped in 2011, the three have accumulated a respectable portfolio of gigs, from clubs in Rome and Berlin to open air festivals such as Bern’s Gurtenfestival or Zurich’s Street Parade. It comes as no surprise that they’re members of two label families: London’s Congaloid, as well as Zurich based Miteinander Musik.