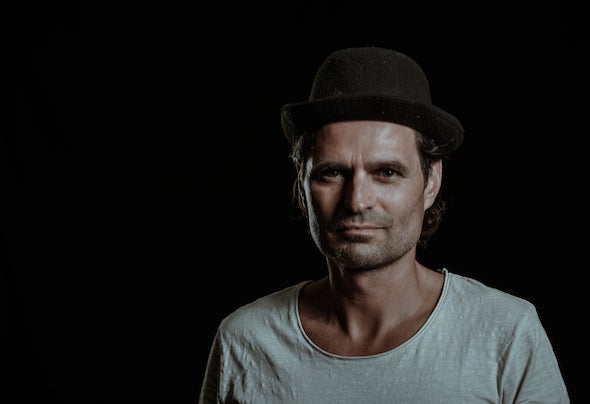 Looking under the lid isn’t enough for Mar Dean. He has to put his hand in and then he digs as long as it takes to reach the core. Take your time and don’t stick to the next best thing. Things made in a hurry are rarely good things. Not in art and surely not in music Mar Dean loves the real thing that is left over, when you take away all the tinsel and all the frippery. But first of all he loves honesty. And Mar Dean has a talent to seperate the wheat from the chaff. Is it show or is it music? For Mar Dean this decision is no decision Uncompromising and always passionate. Starting point for his musical work is always the dance floor. His music is euphoric to the people dancing in front of the speakers and isn’t that the reason for all club music? With his well known Kinky Beats-parties Mar Dean pursues the same goal. Also thanks to its fine line ups For Mar Dean club music in its electronic appearance isn’t something you can limit on a laptop and some software. Club music can only reach its fulfillment, when it performs on the dancefloor This approach is the reason why Mar Dean plays for the most important Swiss clubs for so many years now. He mixes at Hive, at Supermarket or at Frieda’s Büxe, for example. But he also travels to destinations like Thailand, Mexico, the Czech Republic, South Africa, Malta and Germany to play his sets Mar Deans productions are released by exquisite imprints like Marcus Meinhardt’s Heinz Music in Berlin or by Hive Audio Zurich, by labels who share his musical vision. It may be a little dirty, it has to be grounded. Mar Dean gives his music space and air to breathe and then, when the time has come, he knows how to tighten the screws for unforgettable peak time moments It’s his connection to the dance floor and the people on it, that makes Mar Dean a club musician with a distinctive fingerprint. His an experienced enthusiast and a significant dedication to the environment that he calls his artistic home. And home is meant literally