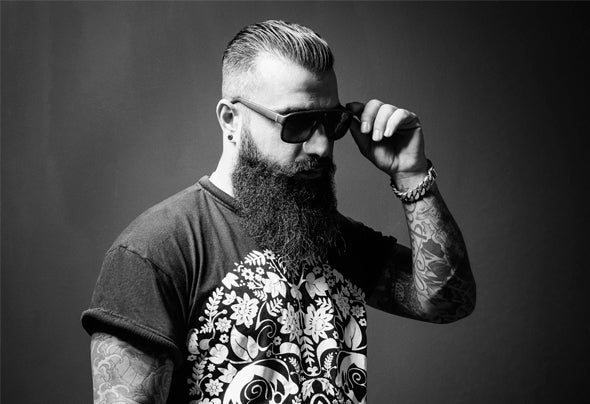 Khaan started his DJ career in 2005. Since then, developed through his passion for electronic music, he has been setting high standards on the turntables. With his relaxed and outgoing style he quickly made a name for himself and the first bookings came rolling in. With his eclectic sets he quickly played his way into the hearts of the party crowds and achieved his national break-through with his amazing performance at the legendary “Kiesgrube” open-air event. Here, he played next to big names like Loco-Dice, Sven Väth, Ricardo Villalobos, Magda and Carl Cox. Since then, he has become an established DJ and has regular performances together with renowned DJs, not only in Kiesgrube, but also in the former Tribehouse, as well as events from “Desolat”, Loco Dice’s label. His high musical demands finally helped him reach his international breakthrough, after bringing the crowd to the boil with no other than Javier Munoz in the world wide famous Privilege on Ibiza! Meanwhile his popularity has spread worldwide. His bookings stretch from London to Greece, to Italy, Croatia, Swiss and even as far as Russia. However despite his international success, Khaan has always remained true to his home town, where it all began – Cologne. Unforgettable moments have been shared at his Residency Afterhour Breakfast Beats, as well as many other top locations around Cologne. As they say: you can take the boy out of the city, but not the city out of the boy! In 2007 he decided to start producing his own tracks, much to the joy of his ever growing fan-base. By now his electronic beats can be heard in various releases - “Journey to Africa” with the label “Tanzbar Musik” (including Miss Jools Remix) or “Control Me” on the “Venice EP” from “Blackrose Records” , if only to mention a few. Further releases with prestigious labels like “Off”, “Blufin” or “Natural Rhythm” have proved themselves Topsellers. Khaan’s music is his own personal response to an attitude of life filled with freedom and tranquility. His beats take every listener to another dimension.