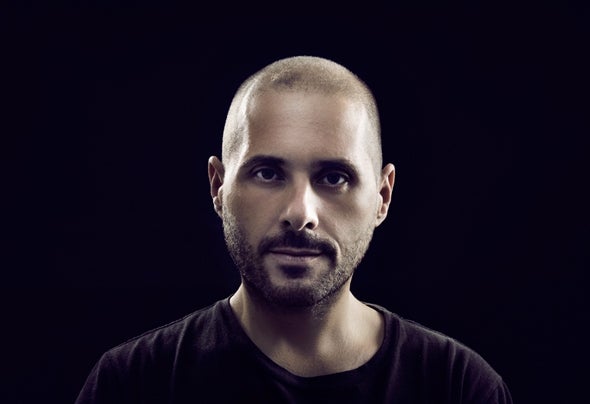 The perfect balance between groove and dance floor energy, a mix of funky and soul music productions expanding itself from house music to tribal sounds and refined stylistic solutions. That’s Jonathan Meyer, drummer, dj and producer. In his career he took part in events such as "Tony Humpries & Friends" and the Cirque du Soleil after-show parties .His musical carrier began at 6, playing drums in the Evangelical Church where his father was the parson. At first he submerge himself into Rome blues, soul and jazz scene. But it’s in 2000 that Jonathan makes his official debut in the house music's world with a performance at the Pasha club in Riccione.During his career, Jonathan specialized in drumming and dj set, but also in music production, continuously hunting for the best sound and the best international musicians . After the collaboration with the Cirque du Soleil, 2003 is a particularly prolific year that sees the release of the single "Tribal Experience" (remixed by Jesse Garcia), on Tribal Spain Recordings label.10 thousand copies are sold , and such an amazing result prompts the release of "Tribal Experience Vol 2" (remixed by Phunk Investigation) and "Tribal Experience Vol 3".In 2003 Jonathan Meyer remixes Simple Minds greatest hit "Alive and Kicking" , on Absolutely Records. Its roots, however, bring him back to funk with the release of the chill-out CD "Tribal Funk". Eleven tracks where Jonathan harmoniously blends tribal, funk and soul.Between 2006 and 2007 "Now that I found you" (written by Barbara Tucker and sung by Dawn Tallman), "Afrique" and "Back in the days" (vocal performed by the legendary Sabina Johnston) are published, while Luis Radio's "The Mood" stars Jonathan on percussions. In 2008, Jonathan signs with Purple Music, performing in December of that same year at the Purple Night held in Kauflauten club in Zurich.Since 2008 Jonathan publishes "Sunday light" and an EP that includes "U know me" and "Borderline", both topping Traxsource's chart for several weeks . He also remixes "The best of me" on Panevino records, makes a Stevie Wonder tribute and signed the single "Talking alone" again on Purple Music.In September 2011 starts the first collaboration with Madhouse UK, for which Jonathan produces the Ep "Many things" containing a Kerri Chandler's remix . In 2012 "Mambito", where Jonathan merges drums and Hammond, is released on Tony Records. At the moment, Jonathan is endorser of X-Drum and Ufip cymbals.