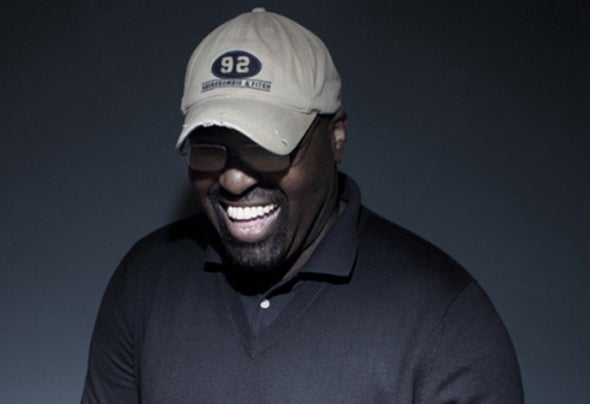 Few figures in contemporary music have influenced their respective fields the way Frankie Knuckles has revolutionized dance music.As one of the most renowned DJs in the world, Frankie Knuckles is still packing dance floors with his unique style for almost 30 years. Legions of admirers during his travels penned Frankies nickname The Godfather of House the press picked up on it and made it s tick.He has played a pivotal role in the creation and evolution of house music, which has become the dominant staple of dance clubs throughout the world. It was this celebrity and his constant fundraising for some of his favorite charities dealing with aids, homelessness, and education of our youth, that garnered him one of the most prestigious honors by the City Of Chicago.On August 25th 2004, the Mayor of Chicago proclaimed the date Frankie Knuckles day, and a street naming Frankie Knuckles Way .As a Producer and Re-Mixer, Knuckles lent his talents to some of R&B and Pop musics elite.Artists such as Mary J. Blige, Sounds of Blackness, Michael Jackson, Janet Jackson, Diana Ross, Luther Vandross, Michael Bolton and Toni Braxton. Frankies production and mixing career was officially recognized by the music industry in 1997.He became the first recipient of a Grammy for Remixer of The Year and has served as a Governor and Trustee, for the NYC Chapter of T he National Academy of Recording Arts & Sciences.As an artist enjoying the success of two Virgin Records releases, Beyond The Mix and Welcome To The Real World . The first album included The Whistle Song which is most memorable as the Lipton Ice Tea commercial in the mid 90’s.In 2001 Definity Records released the single Keep on Movin by Frankie Knuckles featuring vocalist Nicki Richards. The new song opened his Mix album Motivation and was the beginning of the collaboration between Knuckles and Richards 2004 A New Reality release. Billboard Magazine writes in the Album Reviews noteworthy section Knuckles strings together an inspirational and spiritual collection of gospel-infused club songs .   With critical acclaim from nearly every Electronic Dance and Club Culture magazine through out North America and Europe. Definity strategic crossover plan launched with a visibility campaign in Major Chains for Black History Month in February. Reviews in Vibe, Ebony, Black Beat, Essence, and BET made this Motivation album the first Def Mix Productions release to garner recognition with mainstream Afro American press.Knuckles was back in the USA mainstream with his positive message. The launch of his Motivation world tour put Knuckles message again in the forefront on an International level and Knuckles realizes post 9/11 was a New Reality for him. In 2003 Knuckles released an exclusive mix album for Armani AX which also renewed his positive Message, and introduced the forthcoming studio album.He started digging through the vaults and writing, and came up with his first studio album to release in 7 years.A New Reality released April 2004 in the USA, UK, Italy, Australia, and Japan simultaneously, and continues to receive media attention. Knuckles Launches his A New Reality” Tour on the heals of his Bac N da Day success around the globe. Bac N da Day is the first collaboration in 20 years with long time friend, House legend and co writer Jamie Principle. His second single Matter of Time features Nicki Richards, who is one of the most sought after vocalists in the USA. She works with everyone from Janet Jackson to Stevie Wonder. A breath of fresh air, Nicki is featured on half the album and is backed by some of the most amazing vocalists the business has to offer. She also sings with Will Downing who sings backing vocals for her on What’s Goin On .Knuckles continues to use his celebrity and much of his spare time providing entertainment for various AIDS charity events. He supports anything that has to do with children, noted as saying I cannot stand to hear a child cry of want, hunger, or a lack of love . He has let his services for many past organizations, including Meals on Wheels, GMHC, Pediatric AIDS, and most recently Harvey Milk School.